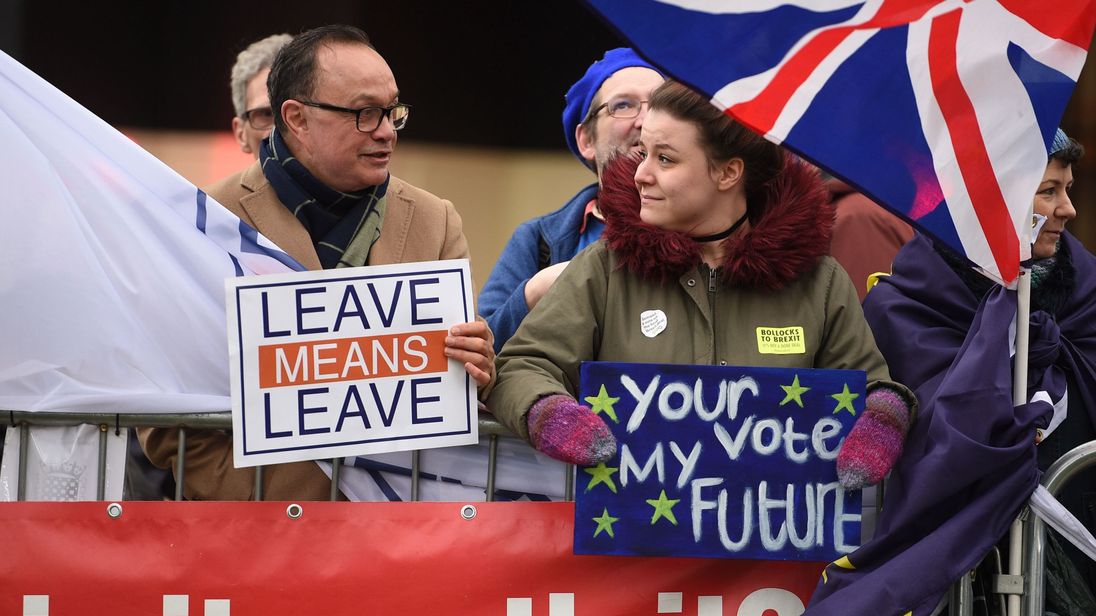 The majority of the public thinks the country is in crisis – but despite this, they do not want MPs to bring down Theresa May’s government, a Sky Data poll reveals.

But the majority of people – 53% – also do not want the current government to be brought down, with 38% supporting the end of Mrs May’s government, and 9% answering ‘don’t know’.

This comes after the prime minister’s proposed Brexit deal was defeated in parliament by a historically unprecedented 230 votes.

Today, parliament will vote on whether they have confidence in the government – if they vote that they do not, this would end Mrs May’s premiership and move the country towards a general election.

The government is widely expected to survive the vote, however.

Supporters of a referendum on Brexit are calling on Labour leader Jeremy Corbyn to back their campaign if the government survives a vote.

At the Labour Party conference, delegates voted for a motion saying that if the party are unable to get a general election, they “must support all options remaining on the table, including campaigning for a public vote”.

Sky Data interviewed a nationally representative sample of 1,203 Sky customers by SMS after 8pm on 15 January 2019.

Data is weighted to the profile of the population. Sky Data is a member of the British Polling Council and abides by its rules.

:: Follow and watch the confidence vote live with a special programme on Sky News from 6-9pm tonight