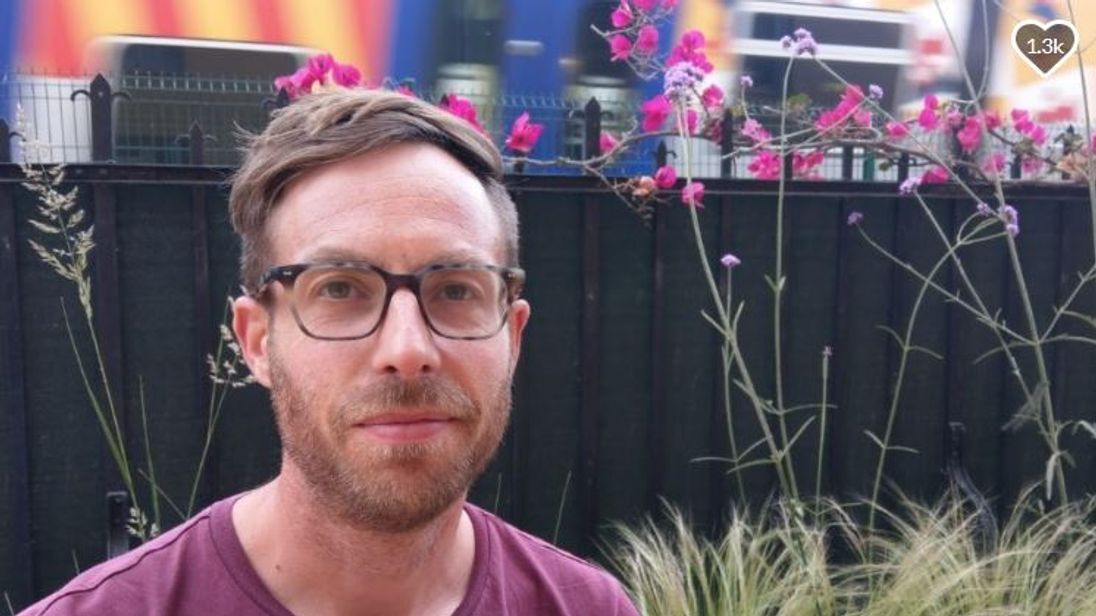 A fundraising drive for a cyclist facing ruin after being forced to pay damages to a pedestrian who stepped in front of him while on her phone has far outstripped its target.

More than £36,000 has so far been collected – way more than the £21,300 target to meet the estimated legal costs of Robert Hazeldean.

Expressing his gratitude, Mr Hazeldean, who works for a mental health charity, said he would be “forever thankful” to the more than 2,000 people who have donated.

With a further hearing still to decide the final costs, the crowdfund organisers have pledged that anything left over from the end total will be donated to ActionAid.

Mr Hazeldean had sponsored a child through the charity for 13 years, but recently had to stop because of the financial pressures around the case.

It brings to a close a legal wrangle that has been ongoing since the central London accident in July 2015.

Mr Hazeldean sounded a bike horn, and swerved to try to avoid the 28-year-old who stepped out despite the traffic lights being on green.

Both were knocked out in the collision which Judge Shanti Mauger found they were equally to blame for.

However, the judge ruled Mr Hazeldean was liable to pay Ms Brushett compensation because “cyclists must be prepared at all times for people to behave in unexpected ways”.

She said: “Mr Hazeldean did fall below the level to be expected of a reasonably competent cyclist in that he did proceed when the road was not completely clear.”

Following the ruling, Mr Hazeldean released a statement which said: “This verdict brings to a close four years that have taken a great toll on my mental health.

“I am of course deeply disappointed with the outcome, reeling from the impact it will have on my life, and concerned by the precedent that it might set for other cyclists.

“Covering the costs and the compensation is going to exceed £20,000 and will leave me bankrupt.

“I can only hope that the focus on this case highlights the vulnerability of cyclists, both physically and against the courts, and that it might help reform a legal system that appears to leave certain road users disproportionately exposed.”

He urged other cyclists to take out insurance to prevent them going through the same ordeal.

Florida teen went to church party, was given hydroxychloroquine: report

We shot Portrait mode video with this iPhone app

Bolsonaro was with US ambassador just days before COVID-19 diagnosis

Trump went to a movie as his brother died alone in the hospital, Mary Trump writes

Florida teen went to church party, was given hydroxychloroquine: report

We shot Portrait mode video with this iPhone app

Bolsonaro was with US ambassador just days before COVID-19 diagnosis

Trump went to a movie as his brother died alone in the hospital, Mary Trump writes