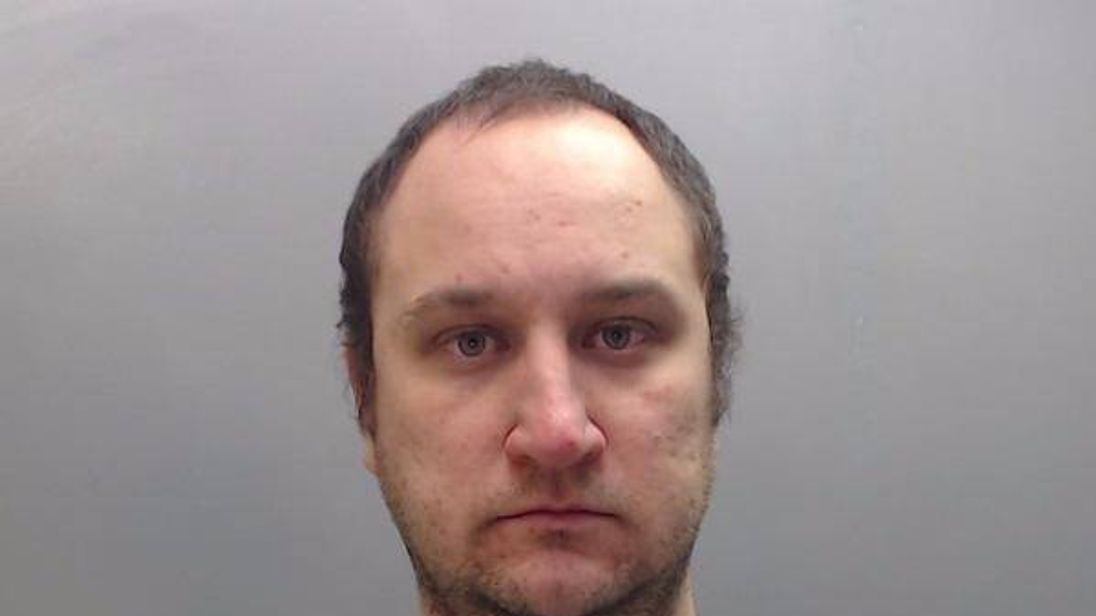 A policeman has been jailed for 25 years for a series of sexual offences against young girls, including the rape of a 13-year-old.

Ian Naude, who was described in court as a “very dangerous man indeed”, had attacked his rape victim three days after visiting her house to investigate a domestic incident.

He picked her up when her mother was out and drove her down a country lane before raping her on the back seat of his car.

The father-of-one, who filmed the offence on his mobile phone, denied raping his victim, telling the jury the sex was consensual and she “seemed to be enjoying it”.

The footage was played to the jury at his trial in November.

The judge at Liverpool Crown Court described the police officer as a “cold, uncaring and cruel paedophile” who was willing to stoop as low as blackmail towards young, vulnerable teenage girls.

Naude had managed to join the Cheshire Constabulary three months after he had been named as a suspect in a rape investigation by a neighbouring force.

After being accused of raping the 13-year-old girl it was discovered that he was also under investigation for child sex offences by two forces – Staffordshire and West Mercia.

During his trial it was revealed that he had been copied into an email outlining details of his forthcoming arrest.

Naude was able to delete more than 750 images from his phone and conceal another mobile phone and a laptop in a field in Market Drayton.

Cheshire Police described the email as “an administrative error”.

The former soldier had posed as a 15-year-old boy on social media in order to groom underage girls.

He encouraged them to send sexually explicit photographs of themselves.

In impact statements to court victims described how the offences had changed their lives.

One said she felt she had let her family down.

Others were said by their parents to have become withdrawn and some to have self-harmed.

One mother said: “I keep thinking I didn’t keep my daughter safe enough. Sometimes I break down and cry. I feel I have lost trust in the police.”

In a statement to the court one father said: “I want to wrap her in cotton wool and never let her out of my sight again. If you can’t trust a police officer who can you trust.”

Parents in the public gallery at Liverpool Crown Court wept as sentencing was passed.

The court heard that Naude had downloaded images of children being sexually abused by men.

One of the victims was as young as 18 months old.

Naude bowed his head throughout the hearing but showed no emotion as he was sentenced.

The judge Clement Goldstone said: “You joined the police not as you maintain to help society but in the hope thereby that you could be given access to young vulnerable girls. Girls who needed and were entitled to expect your protection.

“I am well persuaded that you did not have any inkling of the extent of your perversion or the psychological harm and damage that you have caused by your conduct.

“You crossed pretty well every boundary known to man and then some.”