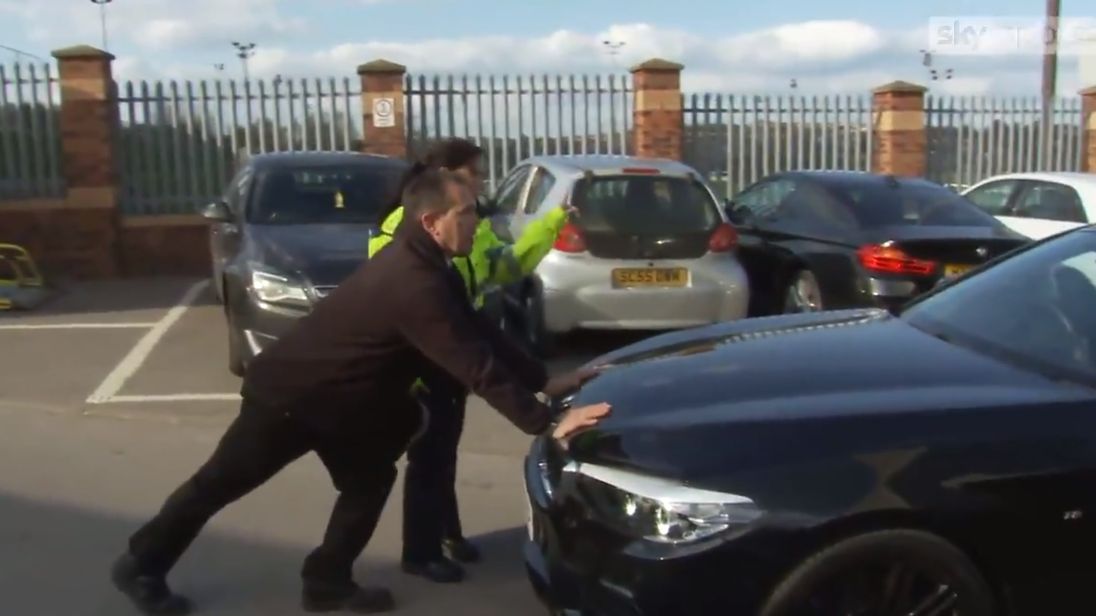 Footage showed the former England and Manchester City footballer being driven from Oakwell Stadium before an officer stands in front of the vehicle to stop it.

It comes after Barton and Barnsley manager Deniel Stendel reportedly had to be separated by stewards in the tunnel after their teams’ League One match on Saturday.

Sky Sports News said it understood South Yorkshire Police have spoken with Barton to assist with their inquiries, and will speak to Barton again later in the week as part of a voluntary interview.

It also reported that Stendel received medical attention in the tunnel.

A South Yorkshire Police spokesman said: “We are aware of something that has taken place in the tunnel after the game and we are investigating.”

Barnsley said in a statement: “The club can confirm there was an alleged incident in the tunnel area that took place following the conclusion of today’s match, which South Yorkshire police are currently investigating.

“The club is assisting the police with its enquiries and, as a result, we are not in a position to make any further comment at this time.”

Barnsley ran out 4-2 victors over Fleetwood Town in a game which was marred by Fleetwood defender Harry Souttar’s sending off on the 65th minute.

Fleetwood have been left 11th in League One after the loss, while Barnsley moved up to second in the table.

Neither club fulfilled their obligations to give media interviews after the match.

Wirral: Two horses and riders rescued after getting stuck in mud on beach | UK News