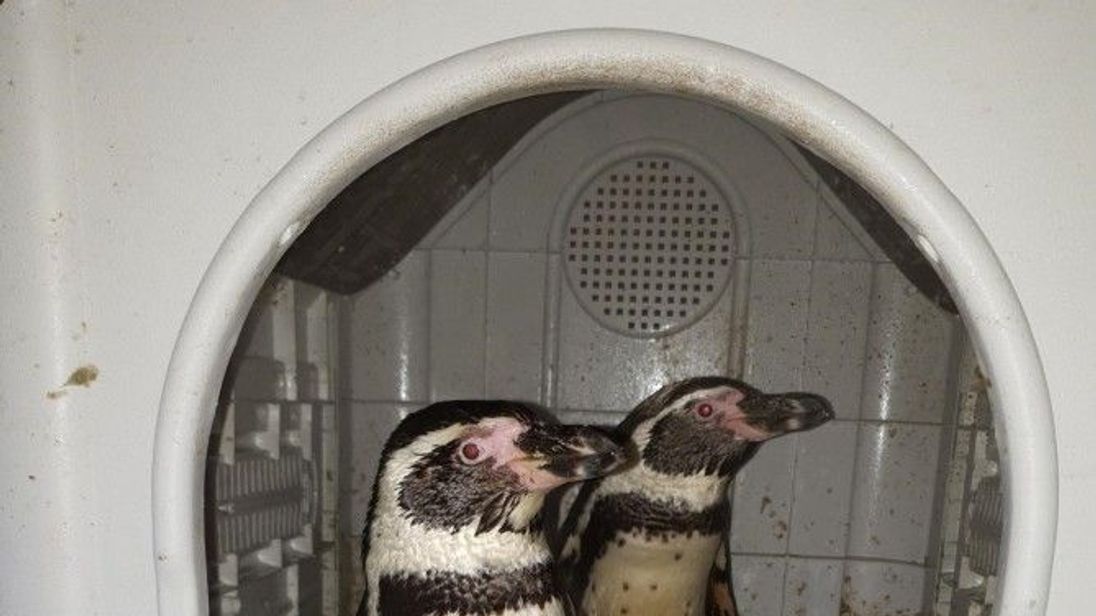 Police have p-p-p-picked up a pair of stolen penguins – with a tip-off preventing their disappearance from turning into a “cold case”.

Nottinghamshire Police said the two Humboldt penguins were taken from a zoo in November but they were able to recover the South American birds after “putting our beaks in”.

After finding the black and white animals at a property in Strelley Village on Wednesday, they arrested a 23-year-old man on suspicion of burglary and theft.

A police spokesman said: “Rather than let it turn into a cold case, we acted quickly on a tip-off that the pair of Humboldt penguins had been taken in November and were now believed to be residing in Notts.

“After putting our beak in and making inquiries, we recovered the birds safe and well on Wednesday afternoon and returned to the zoo.”

Sergeant Andrew Browning, who worked alongside PC Paul Toon to find the penguins, said it was an “unusual one”.

He added: “My first thought was this is one for the books, and one to tell the grandkids, because there’s no way we thought we would go down there and actually find two penguins.

“It was an unusual one. Even when we went down to custody it made everyone laugh, particularly the custody sergeant who was booking us in. It was a real off-the-wall find.”

The species of penguin involved are usually found along the coasts of Peru and Chile and grow up to 2ft tall.

Police said the man arrested has since been released under investigation.