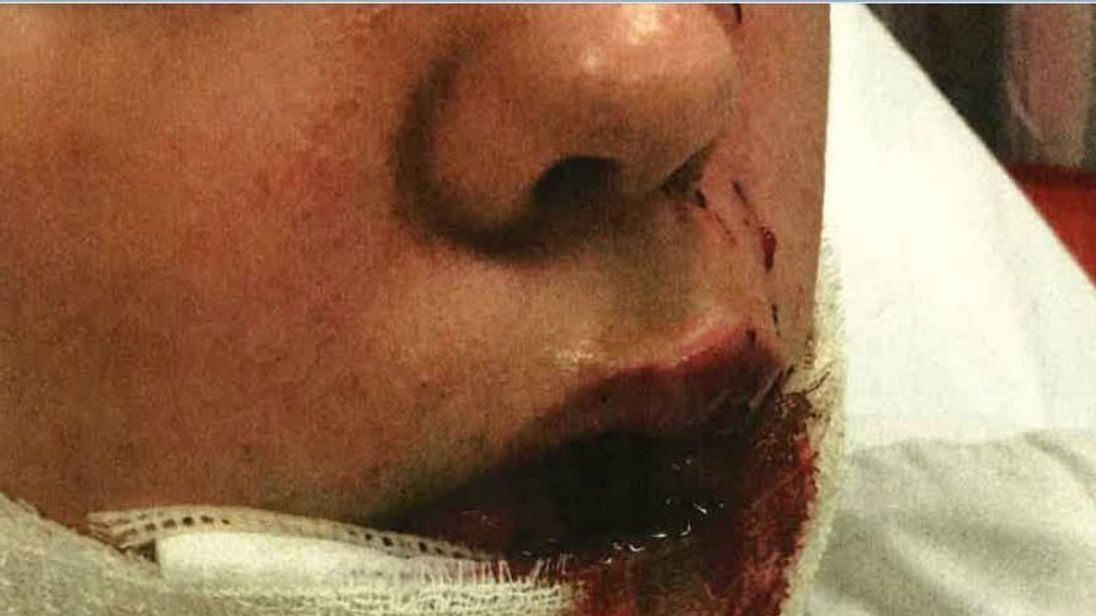 A schoolgirl’s lower lip has been ripped off after she was attacked by a husky or German shepherd-type dog as she walked home.

The girl, 12, “suffered life-changing injuries” when she was bitten on her mouth as she walked down an alleyway in Wolverhampton earlier this month, West Midlands Police said.

The force issued a gruesome picture of what it called the girl’s “horrific injuries” on behalf of the family in a bid to trace the owner of the animal, which was on its own at the time of the attack.

Detectives admitted some people may find the image distressing.

The victim will need extensive plastic surgery after the attack by the black and white dog, described as possibly a husky or German shepherd-type, the force said.

The child was walking along an alleyway off Ellerton Walk, Park Village in Wolverhampton shortly after 3.30pm on 19 October when she was attacked.

West Midlands Police has appealed for anyone with information on the dog and its owner to contact them.