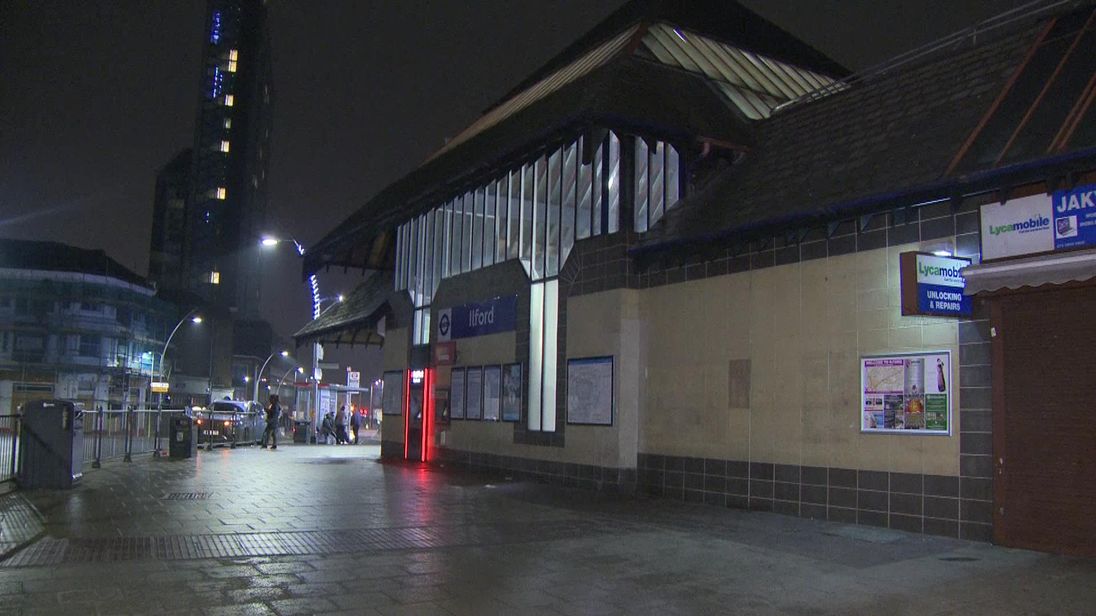 The stabbing of a policeman outside a railway station is the latest example of an “epidemic” of “senseless acts of violence” against the emergency services, a senior official has said.

Nearby colleagues were able to restrain the man who attacked the British Transport Police (BTP) officer.

Nigel Goodband, who chairs the BTP Federation, said: “I wouldn’t like to have imagined what could have happened if those colleagues weren’t in close proximity.”

The officer was approached by the suspect and attacked with a knife outside Ilford station, east London, at about 9.45pm on Friday.

He was taken to hospital for treatment, but his injuries are not thought to be life-threatening.

BTP said a man has been arrested over the incident.

“It’s shocking – knife crime and the wider epidemic of attacking police officers is a real concern to us all.

“We’re witnessing this too often now, it seems certain elements of society see it as acceptable to attack police officers.

“We are now seeing senseless acts of violence against those who are there to protect society.”

The bloodied officer was seen by witnesses outside the station as it was put on “complete lockdown”.

One tweeted: “At Ilford station… just come outside and all I see is someone on the floor, blood and police.”

Footage posted on social media showed a man being restrained on the floor as more officers arrived.

It is understood counter-terrorism police are not involved at this stage.

A woman who lives in the area and wished to remain anonymous said officers on horseback had been patrolling outside the station over the past week and described the area as a hotbed for drug dealers.

Another woman said there was a large police presence outside the station on Friday afternoon after 4.30pm, and that she had seen police taking away “four or five people” in cars.

Scotland Yard said one person had been arrested for drug possession outside the station on Friday evening.

After recent video footage showing an officer being kicked into a road, close to the path of a bus, Metropolitan Police Federation chairman Ken Marsh called for officers to be given greater support.

He has previously warned of a “breakdown in society” after two officers were attacked as they tried to apprehend a suspect in Hackney.

Mr Marsh sent his best wishes to the injured officer, saying: “He’s one of our own, it doesn’t matter if you’re BTP or Met or whatever.

“My heart and feelings go out to him and his family – we don’t want any of our colleagues not coming home.”

Mr Goodband said he had been encouraged by an outpouring of goodwill and messages of support for the officer.

He stressed those using violence were a minority.