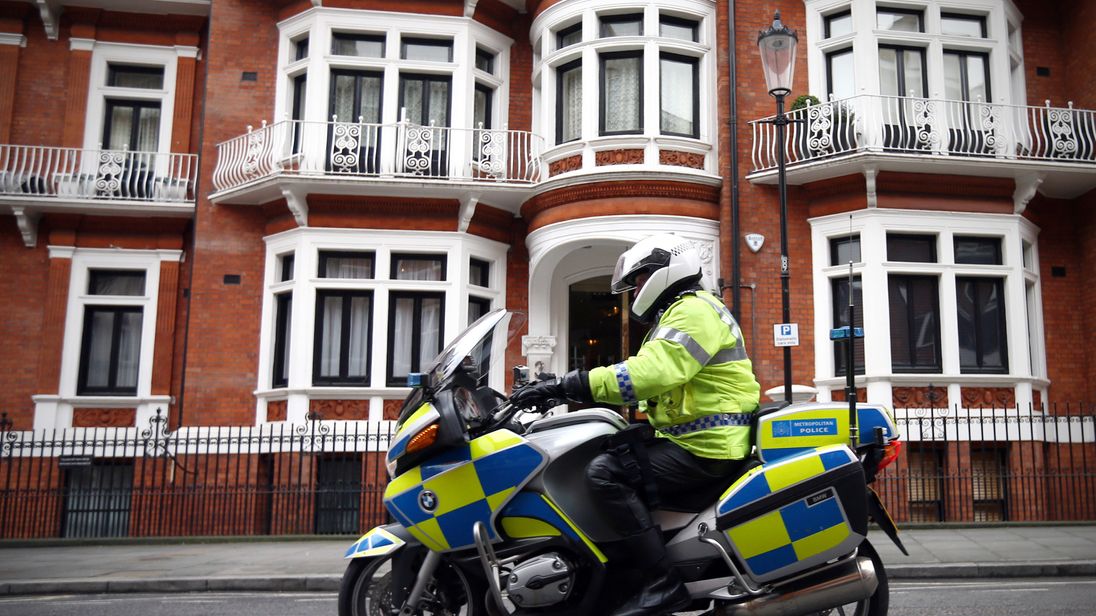 A woman in her 80s is in a serious condition in hospital following an accident involving a police motorcycle rider escorting Duke and Duchess of Cambridge’s convoy.

The accident took place at around 12.50pm on Monday on Upper Richmond Road, Richmond, south-west London when the royal couple were on their way to Windsor for the St George’s Chapel service commemorating the Order of the Garter.

The woman, believed to be called Irene, was taken to hospital where she remains in a serious but stable condition.

Kensington Palace said the Duke and Duchess were “deeply concerned and saddened” by what had happened to Irene and that they had been in touch with her and and had sent flowers.

The Independent Office for Police Conduct (IOPC) is investigating the circumstances of the collision which involved a motorcycle attached to the Royalty and Specialist Protection Command.

An IOPC spokesman said: “The woman, in her 80s, suffered serious injuries and was taken to a London hospital where she remains in a serious but stable condition.

“In line with procedure, the Metropolitan Police Service referred the collision to the IOPC.

“Our staff attended the scene of the incident and after careful consideration, we have launched an independent investigation.

“The investigation is in its very early stages and the officer involved is assisting our enquiries as a witness.

“Our immediate thoughts are with the injured woman and her family and those affected by the incident.”

Kensington Palace said: “The Duke and Duchess of Cambridge were deeply concerned and saddened to hear about the accident on Monday afternoon.

“Their Royal Highnesses have sent their very best wishes to Irene and her family and will stay in touch throughout every stage of her recovery.”