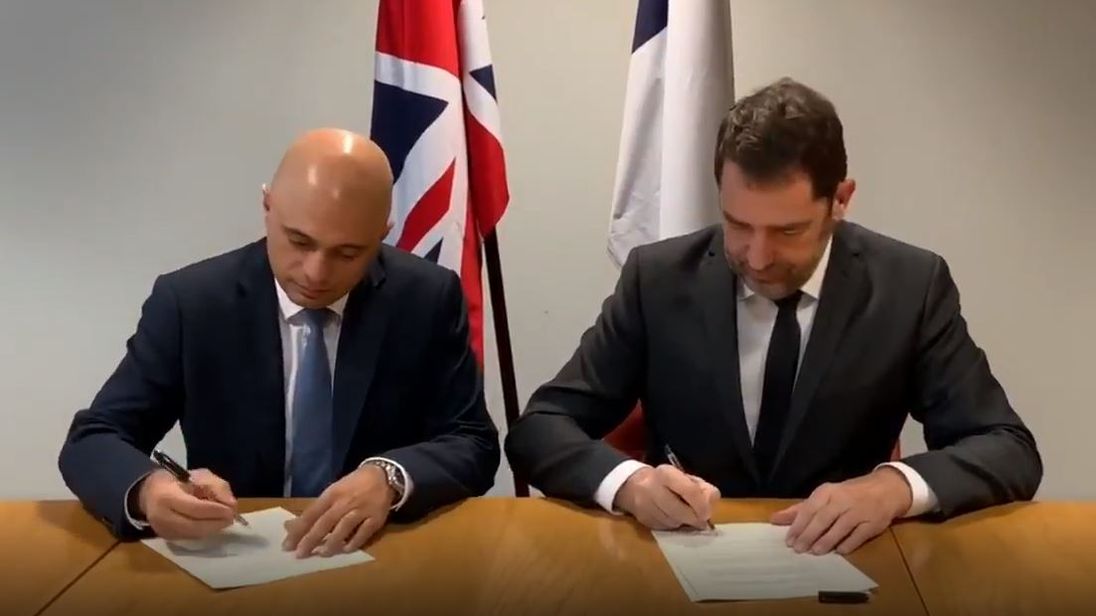 Britain will pay for night-vision cameras and drones to be set up on the French coast to help catch migrants crossing the Channel illegally.

Other measures include buying 4x4s and stepping up patrols by both countries’ border forces at key areas of the Channel.

Just after Christmas, Mr Javid declared the rise in illegal immigrant entries a “major incident” and redeployed patrol vessels from overseas back to Britain.

The Home Office revealed 539 migrants attempted to enter the UK on small boats in 2018 – 80% of those in the last three months of the year.

Despite the move, Sky News spoke to one migrant picked up in the Channel who said it “will not resolve this problem”.

Christophe Castaner, the French interior minister, met Mr Javid on Thursday for talks and a tour of MI5.

Immigration minister Caorline Nokes will also be hosted in Calais on Friday to witness the opening of a new cross-channel communication centre to better co-ordinate rescue missions.

Mr Javid declared that “France and the UK have an unbreakable bond”.

He added: “I look forward to deepening our partnership further on illegal migration, serious crime and security.”

France said the trip would help form the foundations for the “dismantling of smuggler” group and “strengthen” relations with the UK.

It hopes the action will stem the number of migrants “risking their lives” by making the crossing to Britain by boat.