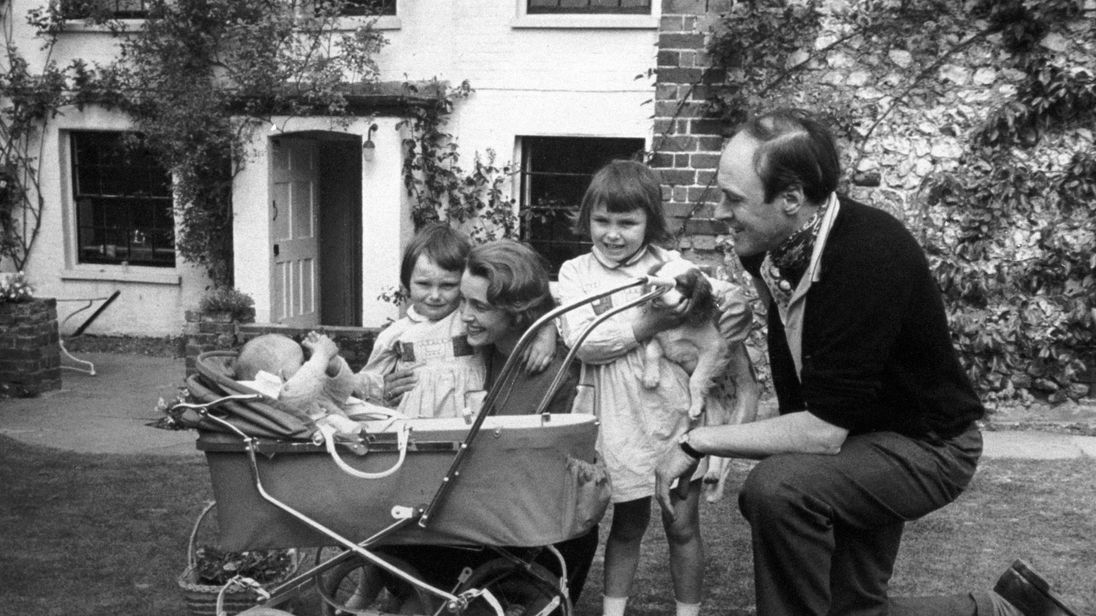 Netflix will this week unveil a major deal with the estate of Roald Dahl, one of the world’s best-known children’s authors, as it continues its multibillion pound content acquisition spree.

Sky News has learnt that the US-based entertainment giant has struck an agreement with The Roald Dahl Story Company, which manages the copyrights and trademarks of the writer behind George’s Marvellous Medicine, Charlie and the Chocolate Factory and The Twits.

The alliance, which could be announced as soon as Tuesday, is expected to represent one of Netflix’s most significant children’s programming deals to date.

Sources said on Tuesday that the deal would involve the creation of a substantial volume of original animated content based on some of the late Mr Dahl’s books under the Netflix banner.

Both the value and further details of the deal, including how many of Mr Dahl’s titles would be included, were unclear.

Earlier this month, Netflix announced a slate of new family-oriented titles as part of a growing push into children’s programming.

“We know that there is no one type of family. We embrace all kinds of creators so we can tell unique and diverse stories that resonate with each and every Netflix family,” Melissa Cobb, Netflix’s vice-president of kids and family said at the time of that announcement.

“With our slate of global original animated feature films and series, we want to give families more moments to share the laughter, wonder and connection that comes from being immersed in a great story.”

The announcement of its partnership with The Roald Dahl Story Company comes at a time when the children’s author has again been linked with allegations of anti-Semitism, views which reportedly led the Royal Mint to decline the opportunity to honour him with a commemorative coin in 2016, the centenary of his birth.

Mr Dahl’s titles, which also include Boy and Fantastic Mr Fox, have been translated into dozens of languages and are estimated to have sold more than 200m copies worldwide.

Some of his books have been turned into major films, some – including Charlie and the Chocolate Factory – on several separate occasions.

The author’s appeal to a global platform such as Netflix is unsurprising.

Netflix has become one of the world’s largest internet entertainment services, now boasting more than 117m subscribers in over 190 countries globally.

The Netflix archive contains more than 140 hours of TV shows and movies per day, including original series, documentaries and feature films.

Netflix, whose shows include hits such as Black Mirror, House of Cards and Stranger Things, recently raised $2bn (£1.6bn) through a bond issue to fund continued content acquisitions.

Reed Hastings, Netflix’s chief executive, is scheduled to be in the UK this week, has become one of the most powerful figures in the global entertainment industry.

The company, which is one of the so-called FAANG technology stocks buffeted by stock market turbulence in recent weeks, had a market value on the Nasdaq exchange of just over $114bn during Tuesday’s trading session in New York.

News of the partnership with the managers of Mr Dahl’s literary estate also comes weeks after Netflix and Sky, the immediate parent company of Sky News, outlined plans for an alliance under which the entire Netflix service is bundled into a new TV subscription package offering Sky customers access to the streaming service through its Sky Q platform.

Netflix and The Roald Dahl Story Company both declined to comment.

Girl, 2, left in car which rolled into river after handbrake was off