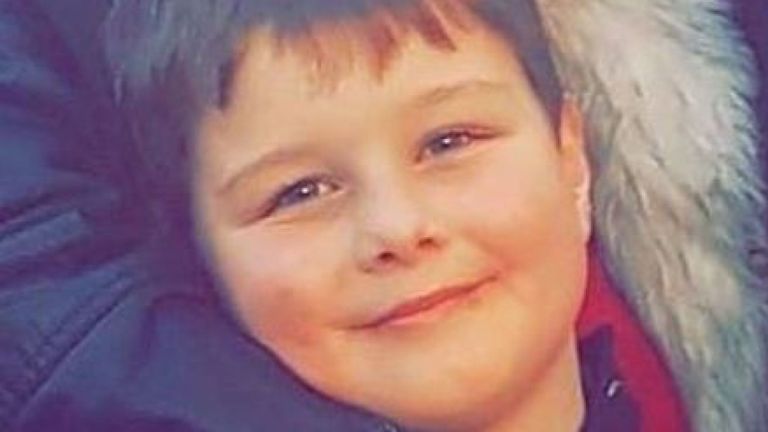 The father of a nine-year-old boy killed by a dog while alone in a caravan has said his “whole world has shattered into a million pieces”.

Frankie Macritchie was attacked by a suspected bulldog-type breed at Tencreek Holiday Park in Looe, Cornwall, in the early hours of Saturday.

Police said people ran towards the caravan after hearing “sounds of distress” and tried to give first aid but the youngster died at the scene.

In a Facebook post Billy Macritchie, who was not on the trip, said he felt “lost” without his son and that the attack “should never have happened”.

“My baby Frankie Gray Macritchie, my whole world has shattered into a million pieces,” he said.

“Daddy is so lost without you little man I really don’t know how I’m ever gonna live without you.

“This should never have happened. I wish I could hold you and kiss you forever. You are my whole life and now your gone.

“Sleep tight my darling boy, my best friend, my everything.”

The incident happened at about 5am and police later arrested a 28-year-old woman on suspicion of manslaughter and having a dog dangerously out of control.

She was detained at a train station near Plymouth, more than 20 miles from Looe, and released under investigation, while the dog was taken to kennels.

Detective Superintendent Mike West said on Sunday that Frankie, from Plymouth, had been on holiday at the park with a group of adults and the arrested woman was a family friend.

He said experts were trying to work out if the dog was a banned breed before any decision is taken on whether it should be put down.

“We believe that Frankie was alone in a caravan with the dog as he was attacked, whilst the adults that he was on holiday with were in an adjacent unit,” he said.

“These two groups of people were all known to each other and all from the Plymouth area.

“This is a desperately sad event which has seen a nine-year-old boy lose his life whilst on holiday.”

Management at the holiday park, located on the Cornish coast, offered their “deepest sympathies” to Frankie’s family.

“Tencreek Holiday Park staff are to be commended in the way they have dealt with a very distressing incident,” the firm said in a statement.

Holidaymakers rent out static caravans at the park, which also has pitches for tents and motorhomes, and facilities include an indoor swimming pool, sports pitch, kids’ club and a restaurant.

Malcolm Bell, from Visit Cornwall, said the attack was not reflective of holidaying in the county.

“It’s obviously a tragedy and your heart goes out to the family and all those affected,” he said.

“Unfortunately we do have these dog incidents across the whole of the country, unfortunately too frequently, and it’s just happened to be in Cornwall this time.”