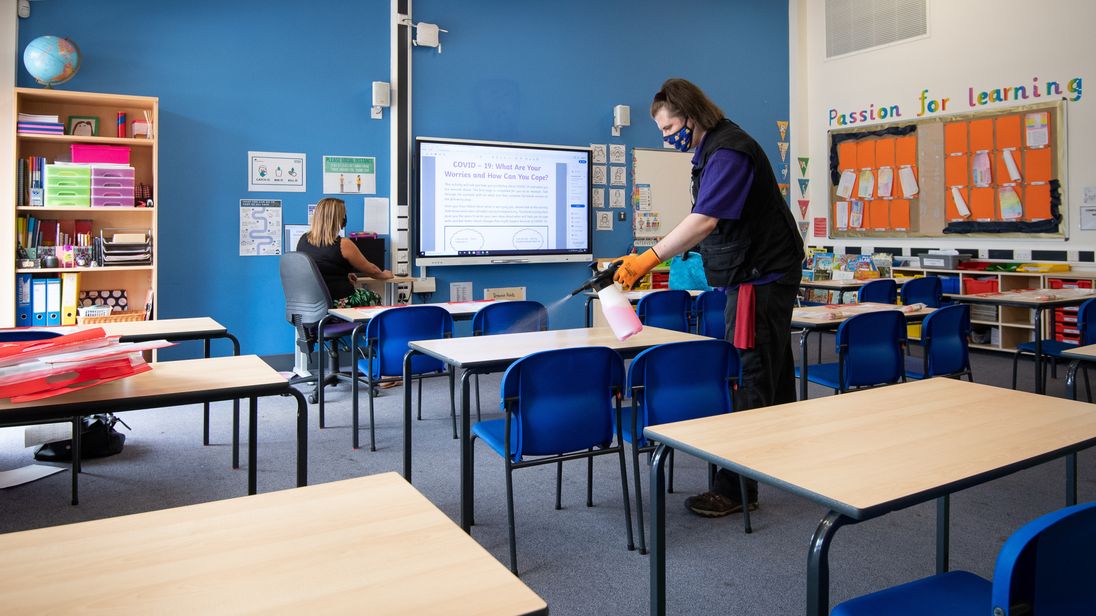 Most pupils will be three months behind in their studies when they return to schools in England, according to a survey.

Classes resume this week and the poll of nearly 3,000 school leaders and teachers found 98% said students had not made as much progress in their learning as would normally be expected.

Twenty-one percent of teachers from more than 2,200 schools also said boys had fallen further behind than girls.

The survey comes after more than five months of a lockdown aimed at limiting the spread of the coronavirus, during which time schools were open only for vulnerable students and children of essential workers.

Many students were expected to learn at home but teachers said only 38% returned their last piece of work in July, compared to 42% in May.

The National Foundation for Educational Research’s survey found that teachers had on average covered 66% of the year’s curriculum by July.

Teachers estimated pupils were on average three months behind with their studies but more than half of those teaching in England’s poorest schools said their students were “four months or more” behind.

Around 44% of pupils will need “intensive catch-up support”, teachers said, although this increased to 57% in more deprived schools.

Dr Angela Donkin, chief social scientist at NFER, said: “While it is crucial that children catch up, we should not assume that teachers will immediately be able to deliver the same quality of teaching, at the same speed, as before the pandemic.

“There remains a range of barriers for teachers and schools, which means catch-up should be seen as part of the ongoing process of learning recovery, for most pupils, rather than as a quick-turnaround solution.”

The Department for Education said its £1bn “COVID catch-up package” will include “targeted funding” for the most disadvantaged students.

Paul Whiteman, general secretary of the National Association of Head Teachers, said: “The COVID-19 pandemic has interrupted education for the majority of children, and schools were already struggling to provide everything children needed before this crisis, damaged as they and other social services have been by a decade of austerity.”

Meanwhile, education unions are calling for a temporary ban on absence fines as schools in England and Wales reopen fully this week.

Parents can be fined £120 by local authorities if a child is absent from school. The fine is halved if paid within 21 days but if it is ignored, there is the threat of prosecution.

With many parents and teachers concerned about the safety of returning to school, Mr Whiteman said: “If you are a parent and you are worried about safety, a fine is unlikely to make you feel any safer.”

He said taking away the threat of fines “would send a powerful signal to parents and families and could well mean that more of them are willing to bring their children back to school, which is what we all want to see”.