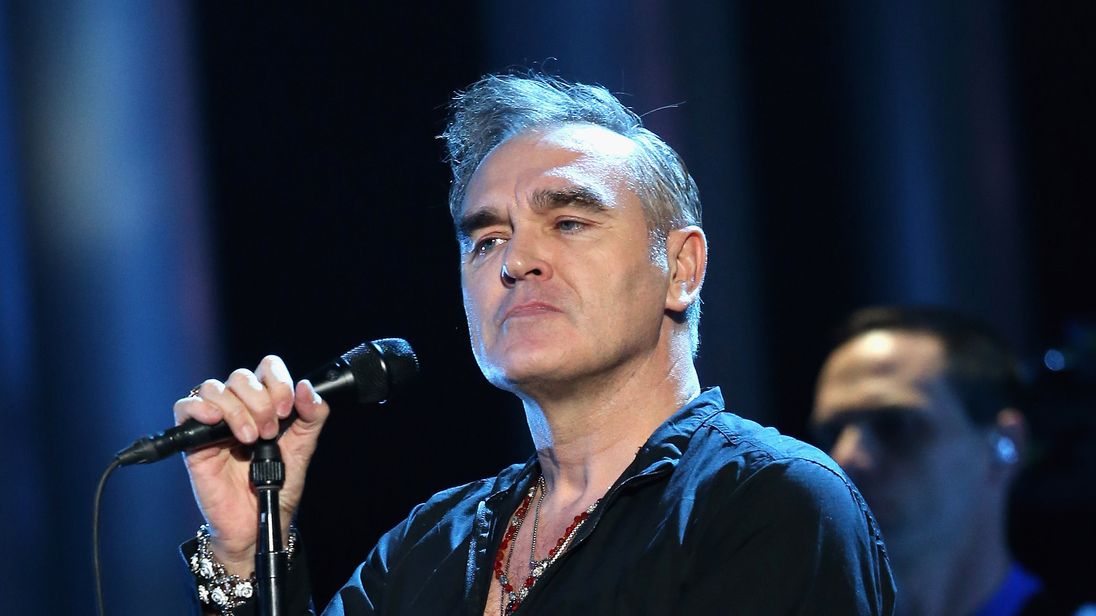 Posters promoting Morrissey’s new album have been removed from train stations by Merseyrail after a customer complained it was publicising someone with “pseudo-racist” views.

Jack Dotchin, from Toxteth, told the Liverpool Echo that the singer’s views “offend me and a lot of other people”.

“He’s very far right these days, going on about immigrants and being pseudo-racist.

“It’s just strange to think Merseyrail, being a public service for the people, is advertising someone with his views.”

Morrissey, who has denied being racist on many occasions, has recently been criticised for his support of far-right party For Britain Movement, whose leader, Anne Marie Waters, has described Islam as “evil”.

Earlier this month, he appeared on US chat show The Tonight Show With Jimmy Fallon wearing a For Britain lapel badge.

Ms Waters thanked Morrissey for raising the profile of the party, saying: “I can tell you that the traffic to our website exploded with the story breaking of you wearing the For Britain button badge.”

He also spoke in support of Tommy Robinson after the far-right activist was jailed for contempt of court last summer, calling his treatment “shocking”.

Morrissey has previously spoken out against halal and kosher meat production as well as immigration into the UK, and once described the Chinese as a “sub-species”.

The posters were advertising the former Smiths frontman’s new solo album, California Son, which was released on Friday.

But the world’s oldest record store, Spillers Records in Cardiff, refused to stock the album due to Morrissey’s support for For Britain.

Mr Dotchin called Merseyrail to ask why they thought it was appropriate to carry the adverts, but was told posters across the service are placed by ad agency, Exterion Media.

The network said it has processes to approve “potentially contentious” material, but the album poster was not verified because of the “nature of the advertisement”.

It has promised to improve its processes and apologised for any offence the posters caused.

“Any content used within advertising on the Merseyrail network does not reflect the organisation’s values and we apologise for any offence the publication of these posters may have caused,” it told the paper.