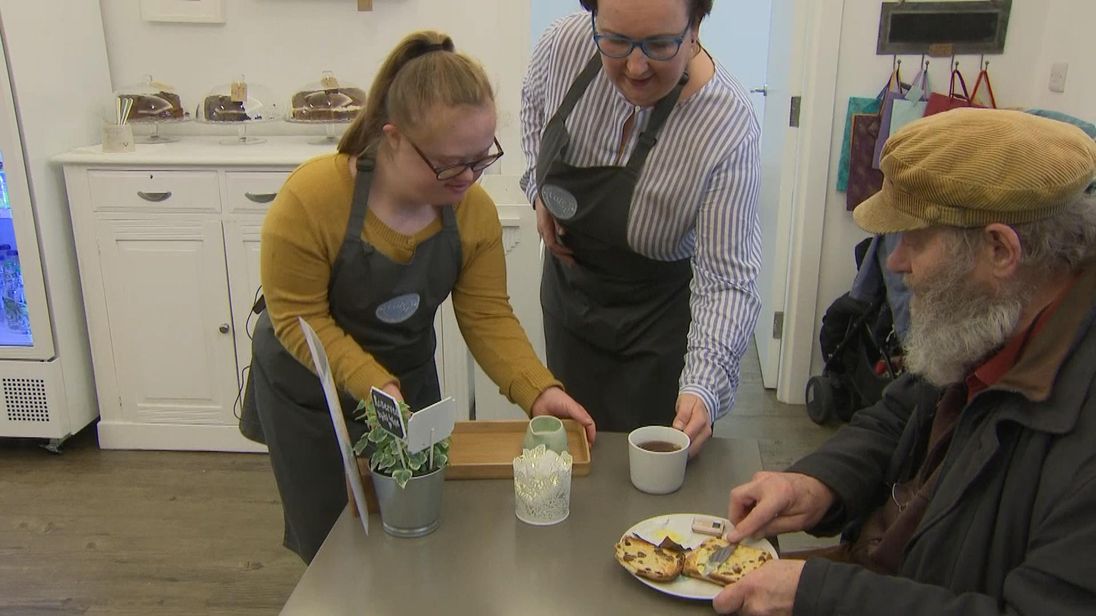 A cafe set up to teach life and work skills to youngsters with Down’s syndrome is calling on employers to give a helping hand to people with learning difficulties.

The 21 Co cafe has just been opened in Headingley, Leeds, by local charity Sunshine and Smiles which helps 120 local families.

Down’s syndrome is a genetic disorder that affects 60,000 people in the UK.

Only 17% of adults with learning difficulties are in paid employment.

Ailith Harley-Roberts, service manager at Sunshine and Smiles, wants more firms to give them a chance.

“There is support available if employers aren’t sure,” she said.

“There are certain things that might need changing, but it isn’t impossible and everybody should have that opportunity.”

The cafe is housed in a commercial unit that had been empty for the past two years and the charity hopes to make it a permanent feature of Headingley’s coffee culture.

Roisin Prior, 18, is one of the seven youngsters with Down’s syndrome who have been paid the national living wage to work shifts at the cafe.

The workers are all given the chance to learn administration skills, taking orders from customers, and preparing and serving food and drinks.

Roisin’s mother Celine, who works for the charity providing early years support, says the work has made a difference to her daughter, regardless of whether she ultimately finds a job.

“If she doesn’t work, that’s fine, but she is still learning and she’s being given the opportunity to see that she can work in a cafe, and I think that in itself is important,” she said.

<a href='https://news.sky.com/story/sky-views-tv-should-not-be-used-as-a-platform-for-untruths-11617815'>TV should not be used as a platform for untruths</a>