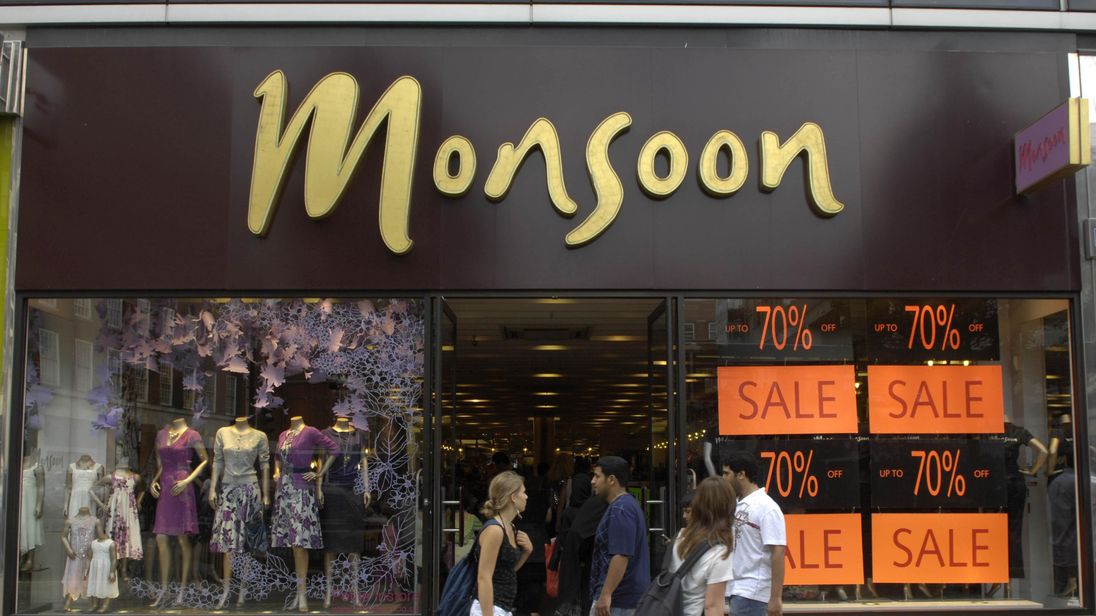 Monsoon Accessorize, the struggling fashion retailer, is to offer landlords a share of future profits after snubbing their demands for an equity stake in the company.

Sky News has learnt that a company voluntary arrangement (CVA) proposal to be published later on Wednesday will offer store owners up to £10m annually if Monsoon’s profits beat internal forecasts in future years.

The plan has been devised by advisers to Peter Simon, Monsoon Accessorize’s founder, who has rejected requests by landlords to be handed a minority equity stake in the company.

Insiders said on Wednesday that a group of landlords which had been seeking to negotiate with Mr Simon now included NFU Mutual, the insurer which was founded more than a century ago by a group of seven farmers in Stratford-upon-Avon, and LaSalle.

The syndicate of property owners, which are being advised by PJT Partners, have also told Mr Simon that a £30m package of rescue funding needs to be injected as equity rather than in the form of secured loans.

The group also includes property industry heavyweights such as British Land and Hammerson.

Monsoon Accessorize’s creditors are expected to vote on the CVA proposals, which are being supervised by Deloitte, early next month.

The formal launch of Mr Simon’s rescue bid comes a week after Sir Philip Green secured the approval of Arcadia Group creditors for a restructuring that will see rents slashed across much of his Burton-to-Topshop empire.

Landlords eventually secured a better deal from Sir Philip than the original proposal, underlining the influence they have as retailers become increasingly desperate to reduce their cost bases.

Privately held, Monsoon Accessorize trades from about 270 stores across the country, with rent cuts to be sought at approximately two-thirds of them.

Its largest shops, which comprise both the Monsoon and Accessorize fascias, are understood to be faring particularly poorly in a brutal environment for retailers.

Monsoon Accessorize’s CVA will be the latest blow to a high street reeling from the accelerating shift to online shopping and pressures on business costs and consumer spending.

However, the intensification of the retail sector’s problems has now led it to launch a CVA, which is typically only viable when the alternative for a company is bankruptcy.

Drillgreat’s most recent publicly disclosed results cover the year to 26 August 2017, which showed an operating loss of just over £10m.

A Monsoon Accessorize spokesman declined to comment on Wednesday morning.