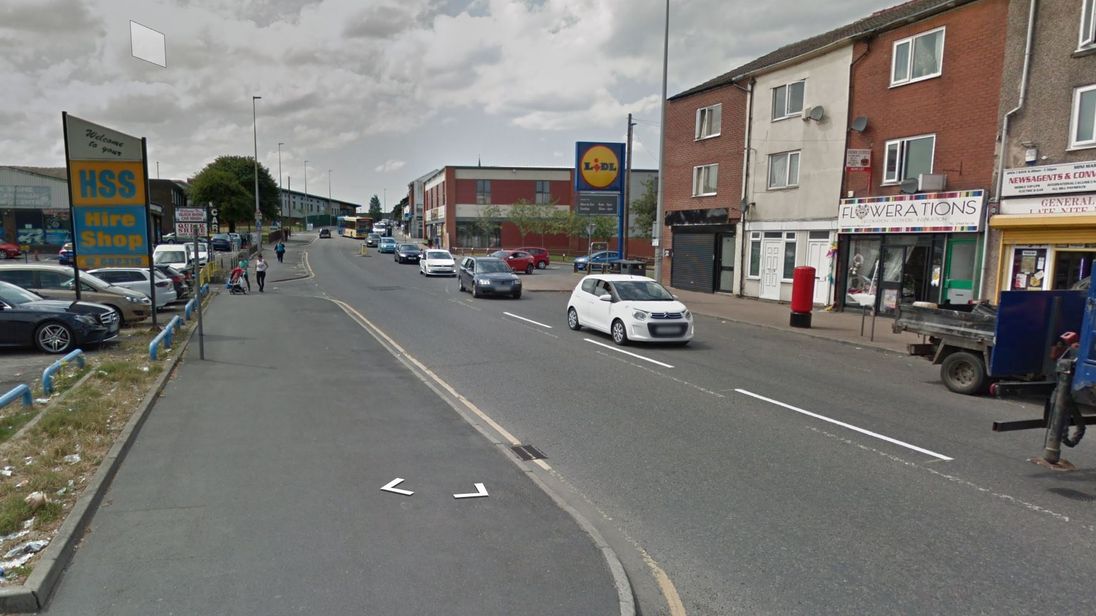 A manhunt is under way after a woman, 19, was shot near a Lidl store in Blackburn, later dying in hospital.

Lancashire Police were called shortly after 3pm to reports a woman had been found unresponsive on King Street, following gunshots being heard in the area.

The woman was taken to hospital but was pronounced dead a short time later.

The force said: “Formal identification has yet to take place but we believe her to be a 19-year-old woman from Blackburn. Her family have been informed and are being supported by specially trained officers.

“A Home Office post-mortem will take place in due course to establish the cause of death, though it is thought at this time that she died from a gunshot wound.”

The statement added that following the incident a vehicle – believed to be a light-coloured, possibly metallic green Toyota Avensis – had been seen leaving the scene.

“A car matching the same description was later recovered from Wellington Road,” the force said.

Detective Chief Inspector Jonathan Holmes said: “This is a truly shocking and senseless killing, which has robbed a young woman of her life.

“We are now asking anybody who saw a car matching this description in either location to get in touch as soon as possible.

“We would also like to hear from anybody who has dashcam, CCTV or mobile phone footage of the incident, and who has not yet been spoken to by police.

“We know that King Street will have been busy around the time of the incident and we are confident there is someone, or several people, out there who know what happened.

“We understand people may be reluctant to come forward during this time, especially if they have not been following the government guidelines about staying at home, but we would reassure them that our immediate concern is to find out what happened.

“We urge anyone who has any information, no matter how insignificant they may feel it to be, to come forward and speak to us as a matter of urgency.”

Anyone with information is asked to call 101, quoting log number 817 of 17 May. Alternatively independent charity Crimestoppers can be contacted anonymously on 0800 555 111 or online

Coronavirus vaccine: How is Oxford vaccine being trialled and when will we know if it works? | Science & Tech News

E-scooters just started to return, but Lime, Bird pull them amid protests

E-scooters just started to return, but Lime, Bird pull them amid protests