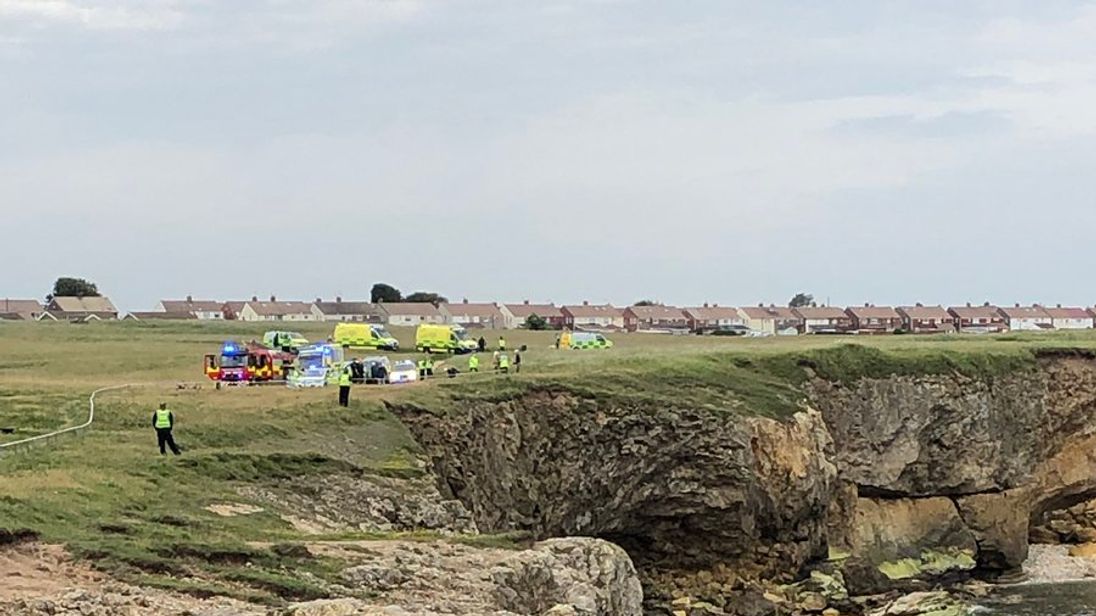 A man has suffered serious injuries after his car plunged off cliffs.

The emergency services were called to the scene at The Leas in South Tyneside at about 7.30am on Sunday.

Rescuers, who swam to reach the casualty at Frenchman’s Bay, faced a race against time as the rising tide threatened to submerge the vehicle.

He was transferred to a lifeboat and once ashore was treated by paramedics before being taken to Newcastle’s Royal Victoria Infirmary.

Northumbria Police said the man’s injuries were serious but were “not believed to be life-threatening at this time”.

Footage of the aftermath with rescue teams in attendance was captured by dog walker Steven Popov.

Describing the urgency of the rescue, Adrian Don, a spokesman for the Tynemouth RNLI Lifeboat Station, said: “The tide was rising, which meant that it would not have been too long before he was underwater.”

A statement issued by the Northumbria force said: “At about 7.30am this morning police received a report that a car had gone over the edge of the cliffs at The Leas.

“Emergency services attended and found a vehicle at the bottom of the cliffs.”

Police are trying to find out how the incident occurred.

The Leas is a large area of land around coastal cliffs in South Shields.

Popular with dog walkers and runners, it has acted as the finishing line in the annual Great North Run.