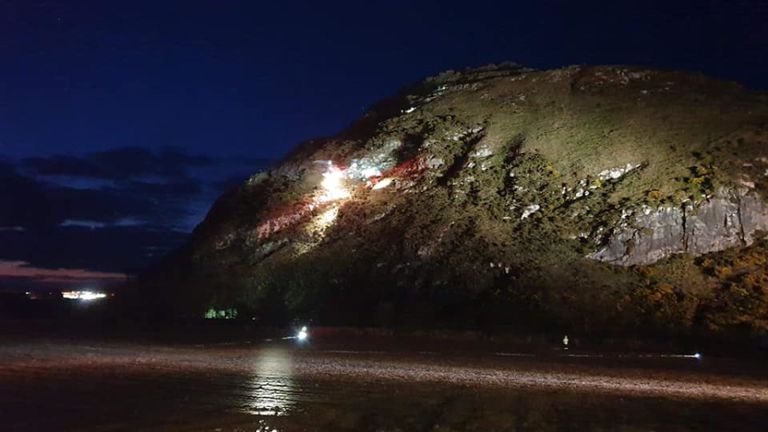 Three men had to be rescued from a Scottish hillside after getting stranded at a popular hiking spot following a “night out on the town”.

One of the men was airlifted to hospital during the emergency response at North Berwick Law in the Scottish Borders in the early hours of Saturday, having been found bleeding from the head after falling from a cliff edge.

He may also have internal and spinal injuries and has been taken to Edinburgh Royal Infirmary for treatment.

Police, paramedics, and fire crews were among the teams that rushed to the scene at around 1.45am, and two rescuers had to abseil down to the group to secure them.

The other two men were uninjured.

Bob McKeand, of Borders search and rescue unit, said the men – all in their early 20s – had been “out for a jaunt”.

Mr McKeand said: “They were three lads out after a night out on the town.

“The information we have is they were out for a jaunt. One of them fell and got fairly seriously injured.

“There was certainly bleeding from the head. Possible other injuries, in terms of spinal and internal.”

Police Scotland also confirmed details of the rescue operation in a statement, saying: “A multi-agency response was co-ordinated after a call was received at 1.45am on Saturday.

“The males were successfully recovered from the hillside and one of the males was taken to Edinburgh Royal Infirmary where he is being treated.”

Conditions during the rescue operation were described as cold, clear and still.