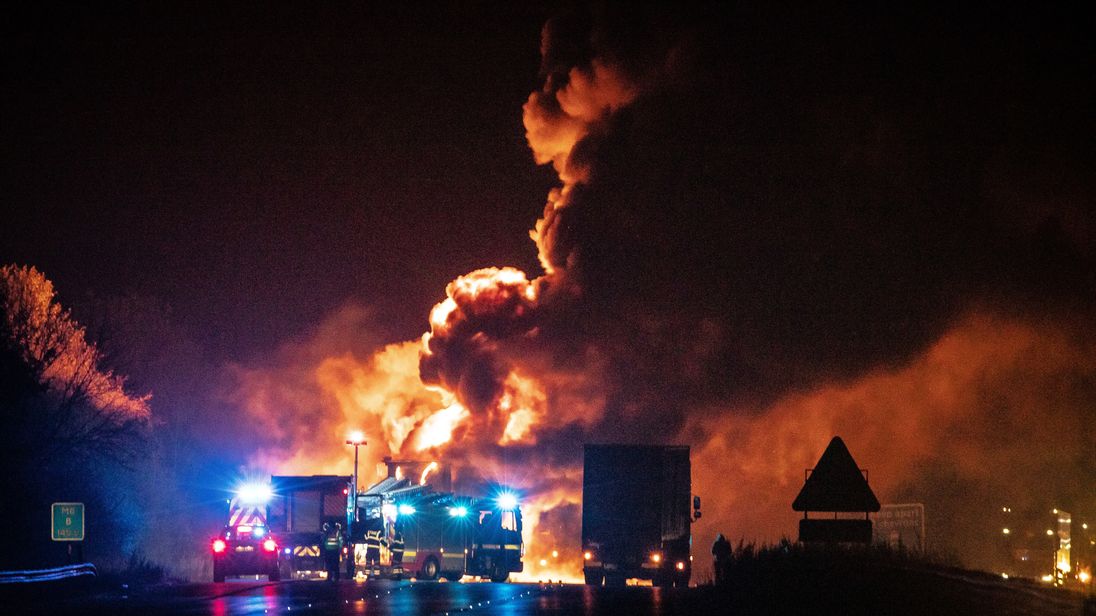 A massive lorry trailer fire has shut down sections of the M6 this morning, causing long delays.

Thick plumes of smoke were seen rising from the HGV trailer as firefighters raced to the scene between junction one, Rugby, and junction two, Coventry, at around 3.30am.

Both the northbound and southbound carriageways were closed as drivers were diverted away from the fire.

Miles of traffic built up along the motorway, leading to rush-hour chaos.

Highways England bosses warned that delays are likely to continue throughout the morning and the southbound carriageway is still closed.