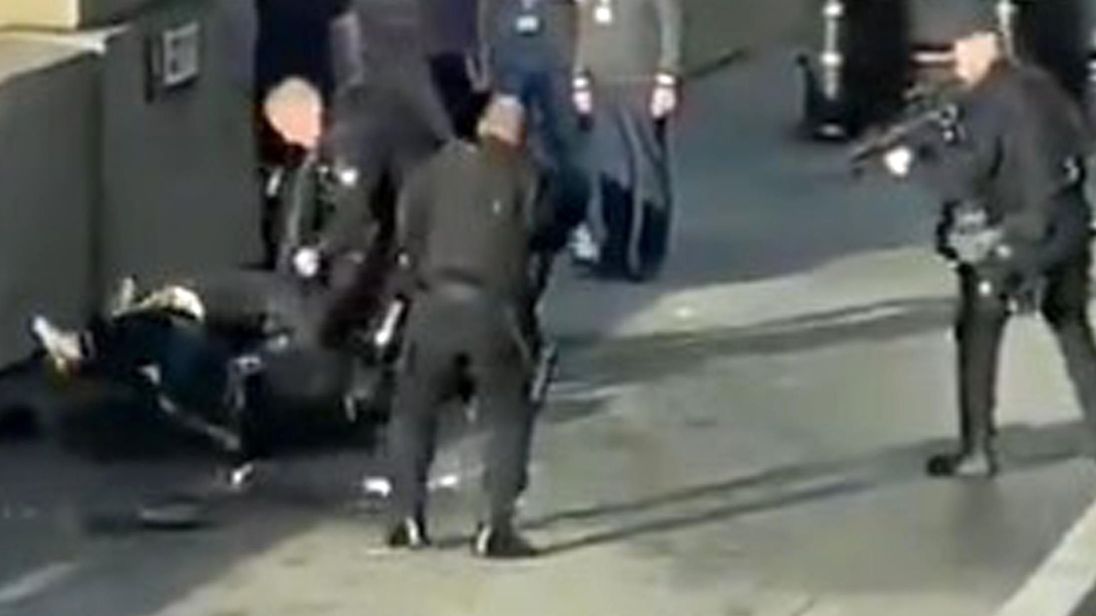 Footage has emerged of the moment an alleged attacker is pounced on by civilians, pinned to the ground and then shot by police on London Bridge.

Here is a moment-by-moment description of what the bystander’s video shows:

About 10 people crowding around one man on the ground. They are trying to pin him down, and are struggling to do so.

One man steps back from the group holding a long bladed weapon that appears to be a large knife – apparently wrestled from the attacker. The man, wearing a suit and tie, appears to be trying to take the weapon away from the struggle.

He and other civilians, one by one, are pulled off the attacker by three armed police. Officers are aiming their weapons at the alleged attacker at point-blank range – apparently shouting at civilians to get back.

All bar one civilian backs off. That person continues to struggle with the man on the ground.

One of the police officers pulls the jumper of the remaining civilian to get him clear of the attacker.

Now, the three officers surround the man on the ground, pointing their weapons at him.

A single gunshot is clearly heard – possibly a second.

The sound on the video is of a woman’s gasp.

The man who filmed the footage, apparently while on a bus brought to a stop on London Bridge, said the incident was “terrifying”.