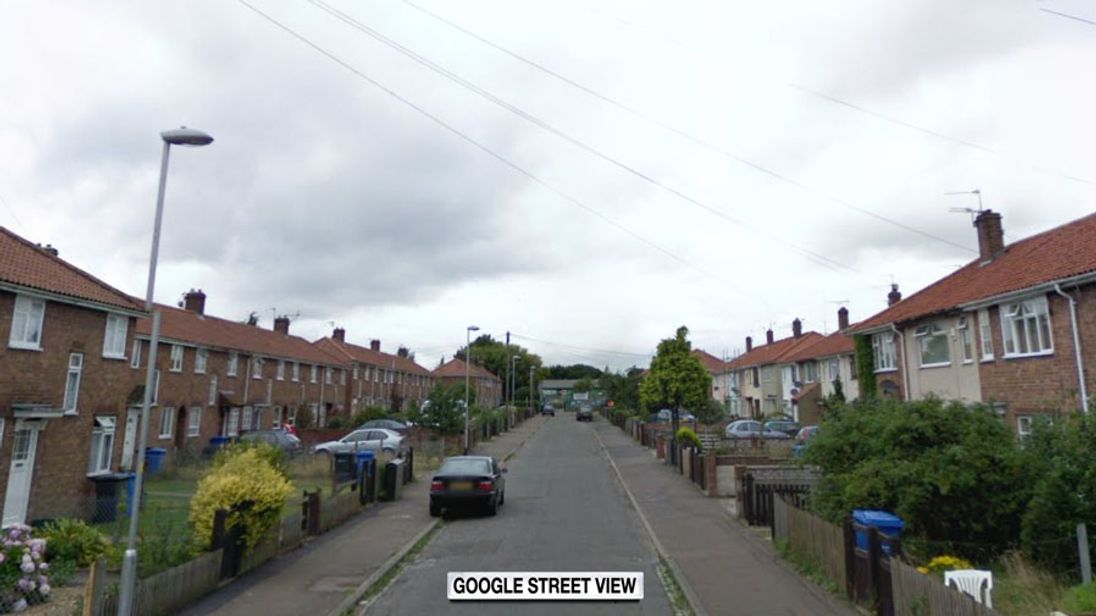 Police have launched a manhunt for armed raiders who broke into a house during a children’s party in Norfolk.

Three balaclava-wearing perpetrators, two of whom had knives, threatened those inside and demanded drugs.

Four youngsters were in the property at the time along with two adults, believed to be parents.

It is thought the men may have forced their way into the wrong address.

Officers said it could have been a “case of mistaken identity”.

The raiders stole a mobile phone and fled the property after the incident, which lasted seconds.

The burglary was at a property on Hunter Road in Old Catton near Norwich at about 6.50pm on Friday.

The raiders are described as black, two were about 6ft tall with one slightly shorter. All wore dark clothing.

Inspector Graham Dalton told Sky News it was a “terrible incident” for the victims.

He said they are “doing well” despite what happened.

He said: “This must have been very distressing for those involved and I want to reassure the victims and other local residents that we are doing everything we can to find the offenders quickly.

“I do believe this is connected to Operation Gravity drug dealing and would ask anyone with information regarding those involved to contact the police immediately.”

Operation Gravity is a Norfolk Police campaign, launched in 2016, to deal with drug dealers coming into the county from cities.

:: Anyone who saw the incident or has information about it should contact Norwich CID on 101 or alternatively call Crimestoppers anonymously on 0800 555 111.

Colder temperatures and snow possible as end of month nears