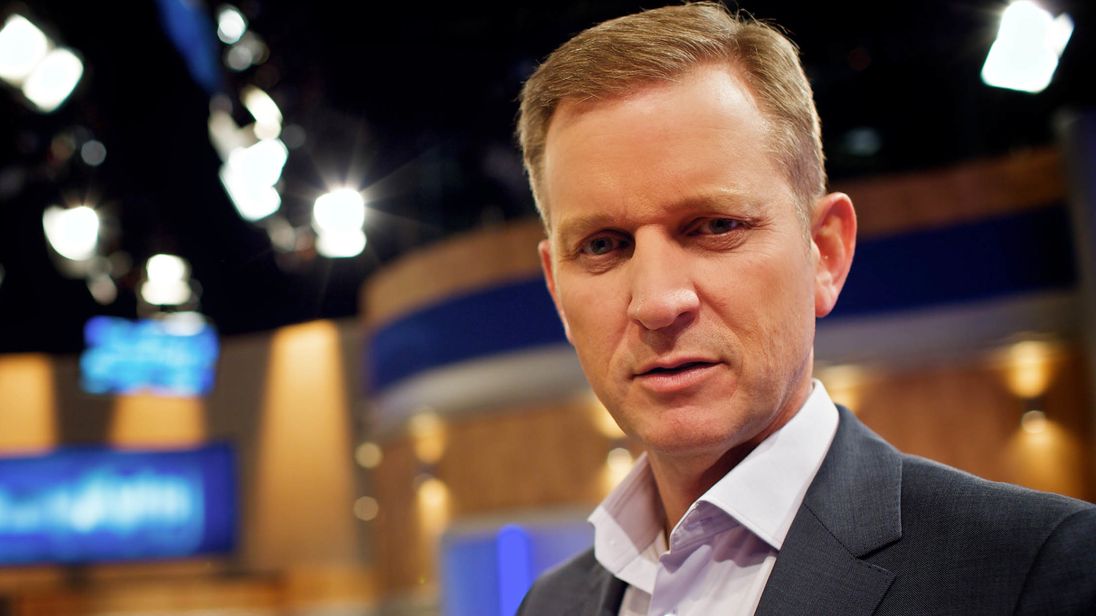 Jeremy Kyle is piloting a new show to air on ITV, the broadcaster’s director of television has told Sky News.

Speaking at the Edinburgh TV Festival, Kevin Lygo confirmed the broadcaster was road-testing a new project with the presenter and also that his investigative series The Kyle Files will return in 2020.

It comes following the cancellation of The Jeremy Kyle Show after 14 years, following the death of a participant earlier this year.

Asked by Sky News presenter Kay Burley about whether Kyle would return to morning television, Lygo said: “No, I doubt he will (return to the same slot).

“I can’t imagine what we would do. I have spoken to him about it, of course, and I think he feels as well that whatever he does next, it shouldn’t be in that 9.30am slot.

“We have an ongoing commitment to The Kyle Files which is his style of journo thing which will be ready next year sometime.

“We are piloting something with him and we will just have to have a look because he is a consummate broadcaster and it would be absolutely wrong to apportion blame of the show against the presenter of it.

“We don’t hold him in any bad way. We will look to find another show with him but I think it is unlikely it will go in the same slot.”

The Jeremy Kyle Show was permanently cancelled following the death of Steve Dymond, 63, whose body was found at his home in Portsmouth on 9 May, shortly after filming for the programme.

He had reportedly gone on the show to take a lie detector test to prove he had not been cheating on his on-off fiancee, but failed the test.

An inquest into his death has been opened and adjourned until November.

However, the initial hearing heard he had been worried about the repercussions of his appearance and police said suicide was suspected.

Kyle said at the time that he was “utterly devastated”.

Mr Dymond’s death prompted a huge backlash, not just against the daytime talk show but against reality TV shows in general.