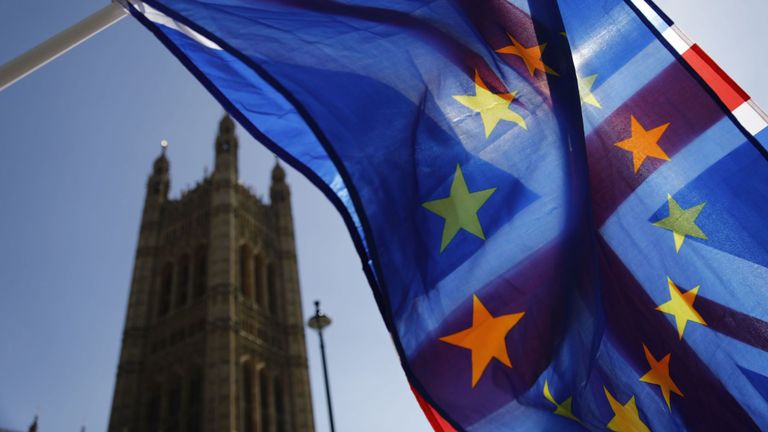 A senior minister has called for an end to the Brexit deadlock, warning the delay is damaging Britain at home and abroad.

Speaking during a visit to Japan, Foreign Secretary Jeremy Hunt acknowledged that sorting out Britain’s EU exit was “difficult” but “we’ve got to do it and we need to do it quickly”.

“The longer this process goes on, the more damaging it is for us both internally and externally.”

Mr Hunt is in the country speaking with Japanese businesses about Brexit and Britain’s future relationship with Japan.

He told the country’s prime minister that the UK is determined to avoid exiting the EU without a deal.

His trip comes after Prime Minister Theresa May secured a second delay to Brexit last week, pushing the exit date back to 31 October.

Britain was originally due to leave the EU on 29 March, but Mrs May asked for a postponement as she struggled to get her deal through parliament.

The new exit day became 12 April, although this has again shifted amid the continuing impasse at Westminster.

In a bid to break the logjam, the PM reached out to Labour and offered cross-party talks in an effort to agree a compromise.

MPs are on a break until 23 April, but talks between the two sides are set to continue over the Easter recess.

Downing Street said a series of working groups were looking at specific issues, with discussions to work out when this will take place.

The looming prospect of Britain having to take part in next month’s European Parliament elections has added an extra sense of urgency to the discussions.

On Sunday, two senior Conservatives said they hoped the talks would be over in enough time for the UK to avoid fighting the elections.

Communities Secretary James Brokenshire told Sky News that the government was working with Jeremy Corbyn’s party to “find that space for compromise”.

He added there was “huge frustration” that Britain had not left on time and ministers were “determined” to deliver on the result of the 2016 referendum.

“We enter into this in a very constructive spirit, I think they’ve been positive thus far, they will continue through the Easter break,” he said.

“But clearly we need to get on with this, we know that there is that sense of urgency so that we don’t need to have those European elections at all.”

But Labour’s John Healey told Sky News the party was still waiting for Downing Street to budge on its red lines.

He said: “They are still going on, they’re serious and still detailed.

“But in many respects we’re still waiting for the hard sign of serious intent from the government that they’re willing to shift the lines of their deal towards the common sense, common ground we’ve set out, using a customs union as a starting point.”

Mr Healey added that, should a deal be struck, his preference would for it to be put to the public in a general election.

A number of senior Labour figures have been pushing for a confirmatory referendum to be included in any agreement finalised with the government.