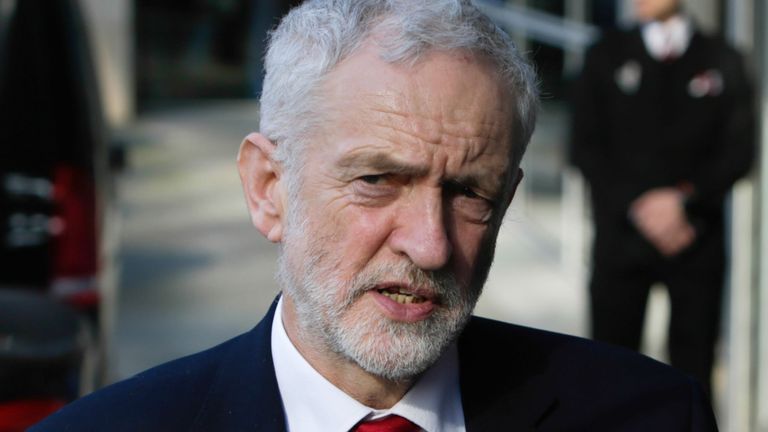 Sats tests would be abolished under a future Labour government, Jeremy Corbyn has announced.

The party’s leader unveiled a plan to scrap the “regime of extreme pressure testing” at the National Education Union’s annual conference.

Labour said the policy would relieve pressure on a schools system forced to cope with overcrowded classrooms, and an ongoing crisis in teacher recruitment and retention.

The Conservatives called it a “terrible, retrograde step” that would “keep parents in the dark” about how good their child’s school is at teaching maths, reading and writing.

Mr Corbyn said he wanted to “prepare children for life, not just for exams” as revealed the new policy.

“Sats and the regime of extreme pressure testing are giving young children nightmares and leaving them in floods of tears,” he told the conference in Liverpool.

“I meet teachers of all ages and backgrounds who are totally overworked and over-stressed.

He said Labour would consult parents and teachers on the alternative to replace them.

Dr Mary Bousted, joint general secretary of the National Education Union, welcomed the proposals and said Mr Corbyn “gets it”.

She continued: “He recognises the damage that a test-driven system is doing to children and schools; he understands what needs to change; he sets out ideas for education which will make sense to parents and teachers.”

Responding to Labour’s policy, schools minister Nick Gibb said: “These tests have been part of school life since the 90s.

“They have been pivotal in raising standards in our primary schools.

“That’s why Labour governments led by Tony Blair and Gordon Brown supported them.

“Abolishing these tests would be a terrible, retrograde step. It would enormously damage our education system, and undo decades of improvement in children’s reading and maths.”