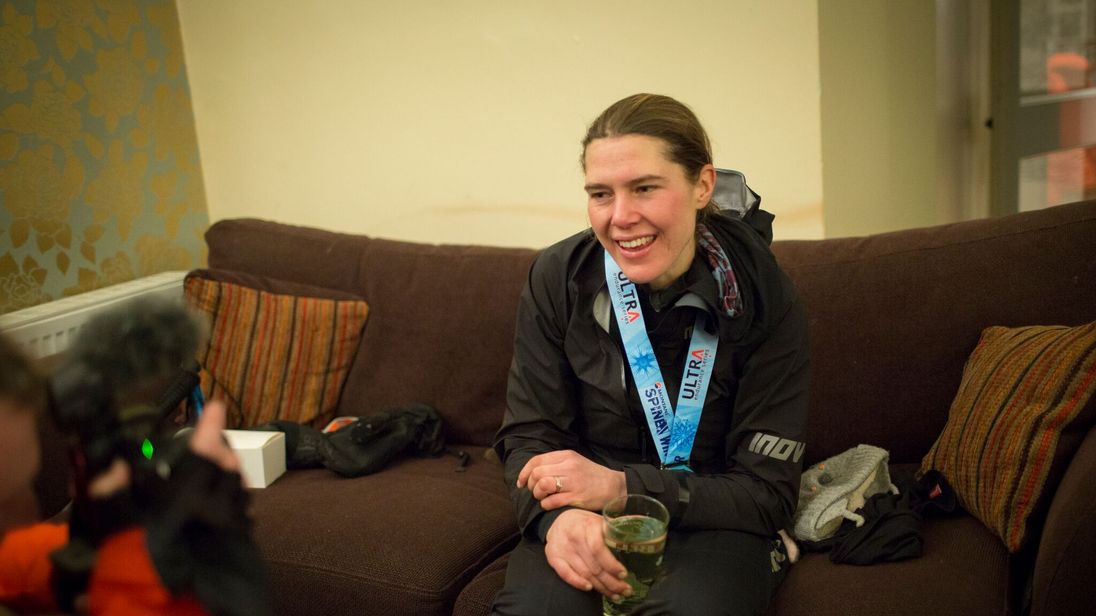 A female ultra runner has made history by becoming the first woman to win the 268-mile Spine Race.

Jasmin Paris, who lives in Edinburgh, dominated the gruelling route along the Pennine Way, from Derbyshire to the Scottish border, finishing in 83 hours, 12 minutes and 23 seconds.

Her time set a new race record, shaving 12 hours off the previous best.

Ms Paris stopped at checkpoints along the way to express breast milk, as she is still feeding her baby daughter Rowan.

She told BBC Breakfast: “It is really tough. Two thirds of the time it is dark and it is completely different from any race I’ve run before because it is non-stop.

“You have the whole challenge of when to sleep and that becomes very tactical, and then you’re sleep-deprived.

“When I was on the final section I kept seeing animals appearing out of every rock and kept forgetting what I was doing – hallucinations. Every so often I’d come to with a start.

“On top of that it’s very cold and I was wearing all of my clothes by the time I finished.”

The Spine Race is arguably Britain’s toughest ultra running challenge, and many of its entrants do not finish.

Competitors get seven days to finish the race but the clock never stops.

Before the race, Ms Paris said she was doing regular weekly runs totalling 100 miles, with a backpack, to help train, and joked that having a baby meant she did not need to train for the sleep deprivation.

In 2016, Ms Paris set a women’s record on the Bob Graham round, a 66-mile circuit in the Lake District which covers 42 of the area’s highest peaks.

Last year, Sophie Power made a pitstop during the Ultra Trail Mont Blanc, which spans the Alps in Switzerland and France, to feed her three-month-old son.

Her husband met her at every aid station on the route so that she could use a breast pump and revealed she was in agony during the race.