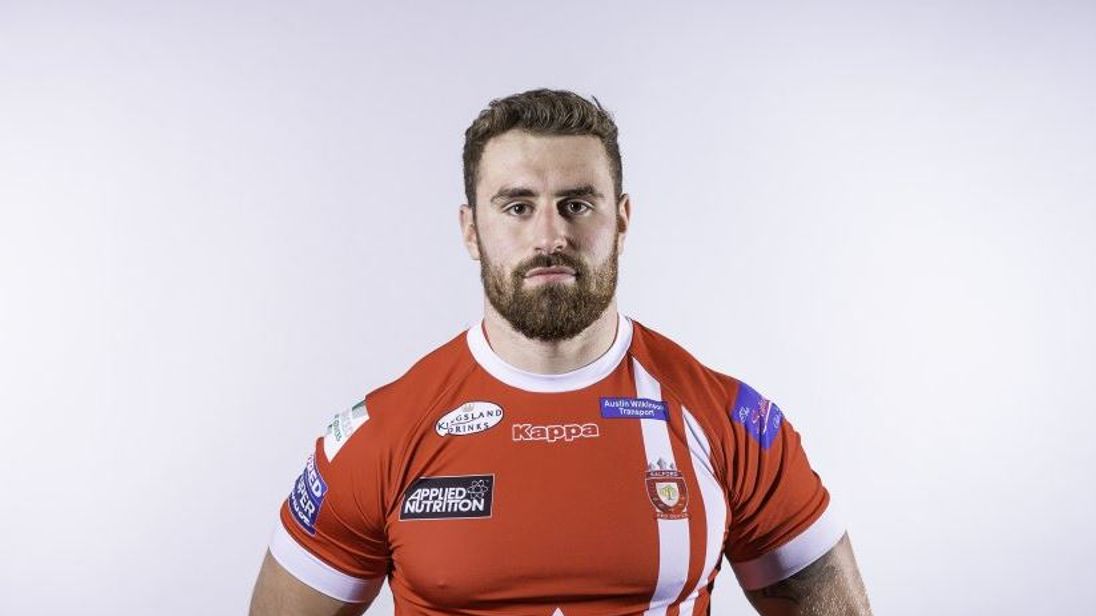 A rugby league player is on life support in an Ibiza hospital after suffering horrific injuries in a three-storey fall from the island’s airport car park.

Jansin Turgut had “severe fractures in every bone in his face. He has broken hips, broken legs, broken knees, broken arm and broken hands,” according to his mother Carole Butler.

The former Salford Reds and Hull player is in a critical condition at the private Nuestra Senora del Rosario Clinic.

Mrs Butler told Hull Live that her 23-year-old son had a 10-hour operation on Monday and faces several more as doctors address a horrific catalogue of injuries.

“I’m going to tell everyone how it is, I am not going to dress it down. He’s had severe fractures in every bone in his face. He has broken hips, broken legs, broken knees, broken arm and broken hands so it’s really not very good,” she told the website.

“He’s on a life support machine but the good news is, miraculously, they don’t think at this moment he has brain damage… he has a lot more surgeries to go.

“I’m not sugar coating it because people should know the truth. We just don’t know how this will go. He’s more stable now than he was yesterday and that’s as much as we know for now.”

Mrs Butler flew to Ibiza on Tuesday morning but she said Turgut’s father has been unable to travel because he is having kidney dialysis treatment.

“He cannot be here and he’s at home worried and we have to keep calling him at home. It’s awful for him being at home.”

Turgut, a former England academy captain, had travelled to the Balearic island for a holiday with a friend after he was released by Salford earlier this month.

A fund set up to raise money to help pay for Turgut’s treatment raised more than £8,000 within 24 hours.

Turgut, born in Kingston-upon-Hull, left former club Hull FC last season and had signed a short-term deal with Salford until the end of the campaign before agreeing a new longer term contract after impressing.

He represented England Academy against the Australian Schoolboys in 2014 and made his Hull FC debut on 5 March 2015 in a Super League match against Leeds Rhinos at the KC Stadium.

He is of Turkish origin through his father and represented Turkey in the 2018 Emerging Nations World Championships, captaining a side that won three of their four games.