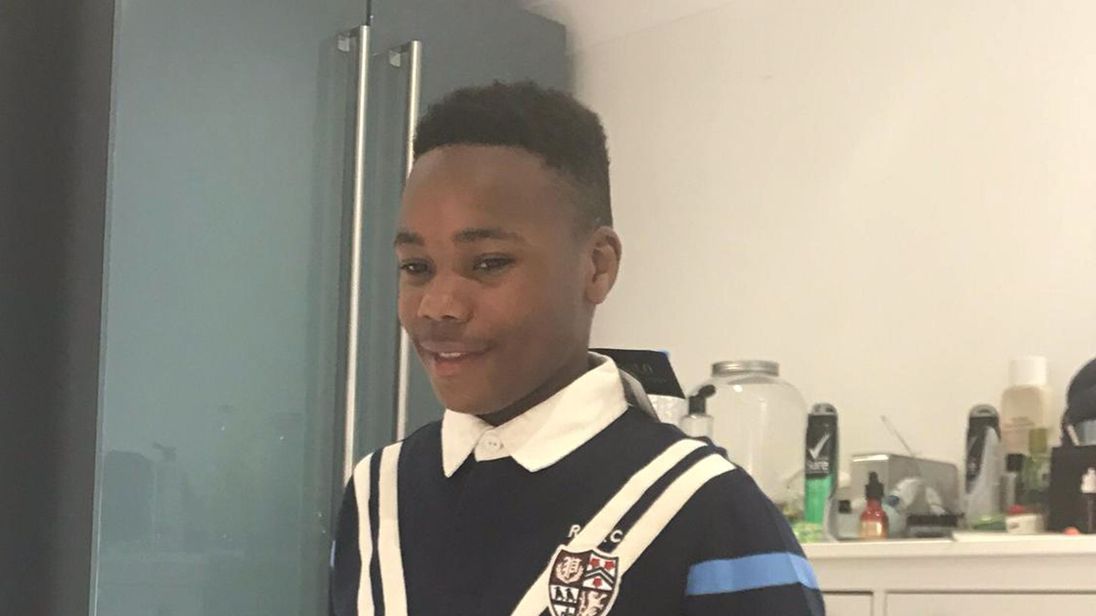 A teenager accused of the knife murder of 14-year-old moped rider Jaden Moodie has appeared in court.

Ayoub Madjouline, 18, appeared in the dock with two guards, dressed in a police-issue grey tracksuit.

He gave magistrates his name and date of birth and, when asked his nationality, said he was British, giving an address in Wembley, north west London, 15 miles from the scene of the murder.

He is charged with murdering Jaden at Leyton, east London, on the night of 8 January and possessing a knife in a public place. He was not asked to enter a plea to the charges.

Police have said that a car with five people in it rammed Jaden off a stolen moped before three attackers got out and stabbed him more than seven times.

The Metropolitan Police continue to appeal for the public’s help in identifying other suspects.

Detective Chief Inspector Chris Soole said: “We remain fully focused on locating and arresting others connected to this deadly attack.”

Madjouline did not ask for bail and was remanded in custody at the end of the four minute hearing.

He will appear again at the Old Bailey on Wednesday when he will have an opportunity to ask for bail.

Chair of the magistrates Bina Coid initially ordered a ban on reporting Jaden’s identity and the media protested. Later, after taking legal advice, she lifted the ban.

‘Ancient’ stone circle in Aberdeenshire was actually built in the 1990s