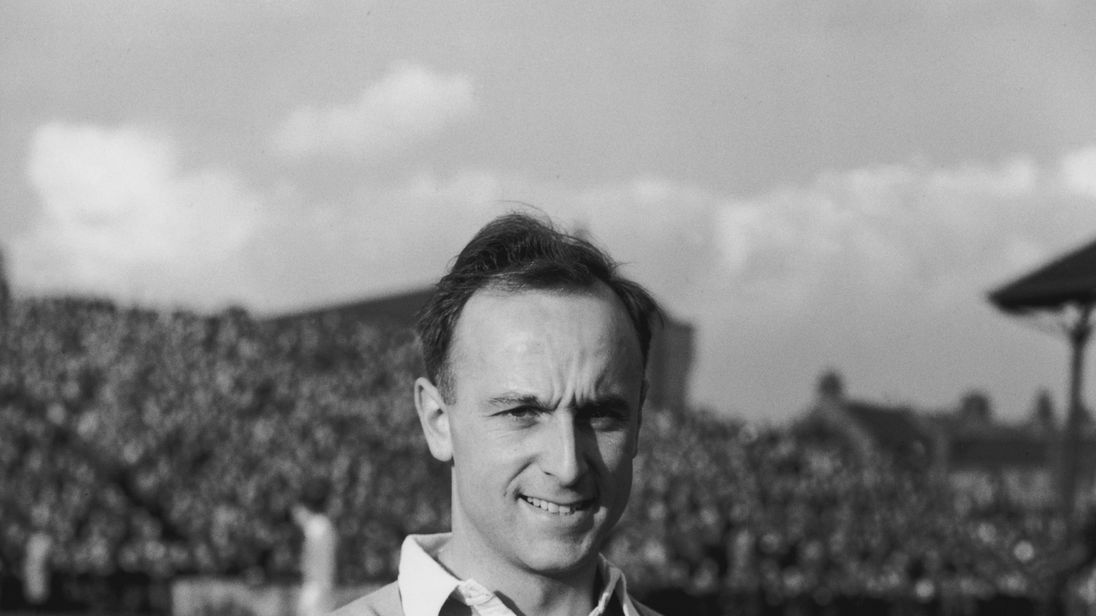 Broadis made 14 appearances for England in the 1950s, scoring eight goals – two of them during England’s 1954 World Cup campaign.

He was England’s only goal scorer during the team’s worst ever defeat, when they lost 7-1 against the 1954 World Cup runners up – the Hungarian team captained by the legendary Ferenc Puskas.

Broadis played his club football for Carlisle United, Sundarland, Manchester City and Newscastle United, which have all paid tribute to him on Twitter.

We extend our deepest condolences to the loved ones of former Newcastle United and England player Ivor Broadis.

Our condolences go to the family and friends of @England attacker Ivor Broadis, who has sadly passed away at the age of 96.

A fantastic footballer who will be remembered as one of the most dangerous inside forwards of his day. A true @officialcufc legend. pic.twitter.com/0tdagI0XXU

Extremely sad news as we learn of the passing of a true gentleman, a fantastic athlete and sportsman, and a top quality journalist. Rest in peace Ivor Broadis. Thoughts and condolences with his family and friends at this very sad time. pic.twitter.com/7QntpqSYc0

Broadis, who played as an inside forward, was the oldest living former England international at the time of his passing.

Born in 1922, he served in the Royal Air Force during the Second World War.

In an interview with the Northern Echo newspaper in 2007, he remembered the news of the Japanese surrender during the war.

“Next day we flew hundreds of troops back to England, some of whom hadn’t had leave for five years,” he told the paper.

“I was navigator, so I kept passing round notes telling them where we were.

“It was very emotional when we came over the white cliffs of Dover and you could see all the bonfires down below. I have very fond memories of that.”