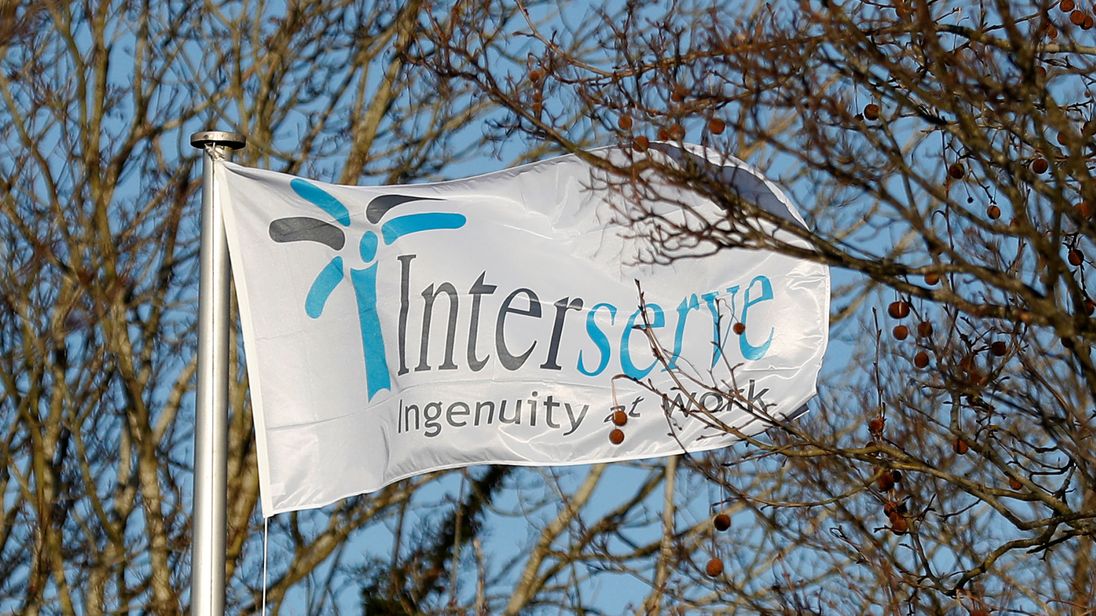 Troubled outsourcing firm Interserve has “conditionally” agreed a rescue plan with its lenders and is considering offloading its building materials business.

Interserve, which is attempting to scale back its huge debt mountain, is hoping to convert its outstanding borrowing into equity – effectively handing over the business to lenders to avoid a Carillion-style collapse.

In volatile trading, shares in Interserve, which opened up more than 18%, slid more than 12% to 9.5p. Its stock is down more than 90% this year.

Michael Hewson, chief market analyst at CMC Markets, said: “The key question remains as to whether this new restructuring arrangement finally draws a line under the problems that have dogged the company since the collapse of Carillion almost a year ago.”

Interserve’s expected debt pile of more than £600m at the end of this year already dwarfs its market value of just £16m — it was worth more than a billion pounds in 2014.

The company, which employs 75,000 people worldwide, is one of Britain’s biggest private sector employers, with contracts including managing the Ministry of Defence’s training base on Salisbury Plain as well as providing probation services and cleaning railway stations.

On Friday, it said talks with its lenders were “constructive” and they are “fully supportive of Interserve’s business plan”.

It also said it had reached agreement to defer a debt payment due on 1 February 2019 by three months, to April 30.

Sky News reported last week that Interserve was drawing up plans to hand its £250m building material unit RMD Kwickform to its lenders. In its update, the company said it was considering the plan.

Debbie White, chief executive of Interserve, said: “This progress on the Deleveraging Plan is excellent news for all our employees, customers and suppliers.

“It will provide us with a strong balance sheet and enable us to move forward with confidence and the ability to improve our business and deliver our long-term strategy.”