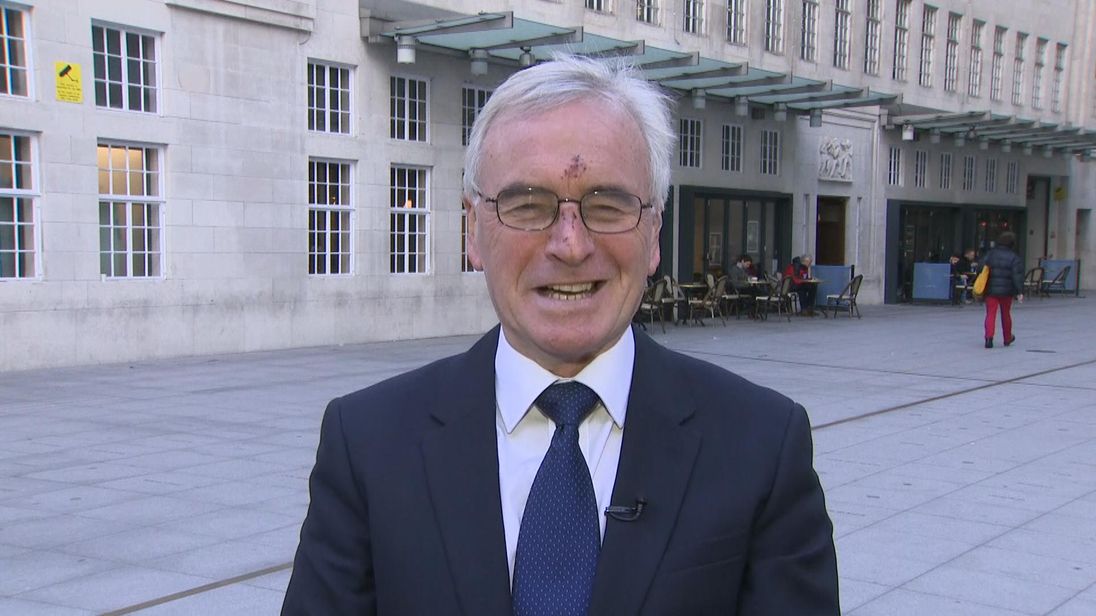 John McDonnell might be familiar with the bruising nature of politics, but the shadow chancellor laughed off suggestions he’d had a run-in with a fellow MP after sustaining a bloodied nose.

Appearing on Sky News with prominent facial injuries, the senior Labour MP explained that he had taken a tumble after tripping over rubbish while returning home on Monday night.

He said: “Coming home from parliament, I got off the bus and it was dark and I fell over because someone had fly-tipped at the top of my road.

“I landed on my face so I look as though I’ve done about ten rounds with someone!”

Mr McDonnell, MP for Hayes and Harlington, then laughed when it was suggested one of his party colleagues could have been to blame.

More than one million incidents of fly-tipping were dealt with by councils in England in 2016-17, the fourth year in a row that the number of incidents had increased.

This was estimated to have cost taxpayers £58m to clear up.

Mr McDonnell, 67, is due to give a speech later in which he will challenge Chancellor Philip Hammond to take “large scale action in this budget to end austerity, not present some vague promises for the future or a few financial conjuring tricks”.

On Monday, Mr Hammond will deliver a budget just weeks after Prime Minister Theresa May used her Conservative Party conference speech to vow to declare austerity will be “over” once a Brexit deal is secured.