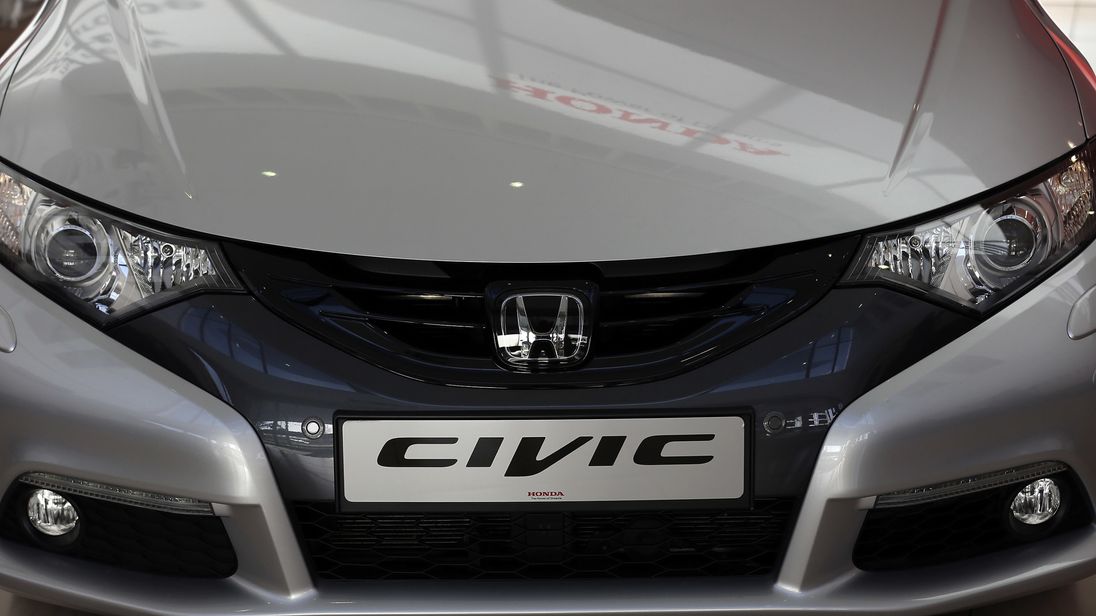 Honda has been urged to “think again” about closing its plant in Swindon, with the loss of up to 3,500 jobs.

Another 10,000 jobs could be under threat in the supply change and support services. The Japanese car giant looks set to make a formal announcement about the future of the Swindon plant on Tuesday.

So far Honda hasn’t commented on reports of the Swindon shutdown. Less than six months ago bosses pledged their support for the factory.

After a meeting with company executives and Business Secretary Greg Clark, Swindon’s Tory MPs Justin Tomlinson and Robert Buckland said they were “disappointed and surprised” by the news, adding that job losses were not expected until 2021.

Speaking to ITN, Mr Buckland said Honda should “think again and I certainly would be ready to talk to them and anybody who cares to listen to make the case for Swindon as a strong centre for manufacturing”.

Honda produces well over 100,000 Civic cars a year at Swindon, which is the company’s only factory in the EU and has been turning out vehicles for more than 30 years.

The decision to close, if confirmed, is likely to have been based on a number of factors. The car industry generally is coming under increasing pressure from falling sales in Europe.

The trade deal signed between Japan and the EU removed tariffs on cars imported from Japan into Europe, therefore reducing the need for Europe-based production.

Although it may not have been the main reason, the uncertainty around Brexit is also likely to have played a part in the decision.

Indeed the Unite union has described the closure as a “shattering body blow at the heart of UK manufacturing” which it claims has been “brought low by the chaotic Brexit uncertainty created by the rigid approach adopted by prime minister Theresa May”.

Unite national officer for the automotive sector Des Quinn said: “The 3,500-strong workforce do skilled, well paid jobs that the UK can ill-afford to lose.

“We will be doing everything we can in the coming days and weeks to support our members at this grave time for them, their families and the UK economy.

“This will also affect thousands of jobs in the extensive supply chain across the country. This would be the single biggest automotive closure since Rover in 2005.

“Business Secretary Greg Clark needs to make an urgent statement on what the government intends to do to rectify this dire situation, if the reports prove correct.

“It appears that the chickens are coming home to roost big-time because of Brexit uncertainty.

“If the government had advance warning of this dreadful news and did not alert the unions, this is an appalling and cavalier attitude by ministers.”

If the closure is confirmed it will be the latest in a series of setbacks for the UK car industry, following on from this month’s announcement from Nissan that it would not be building its X-Trail SUV at its Sunderland plant.