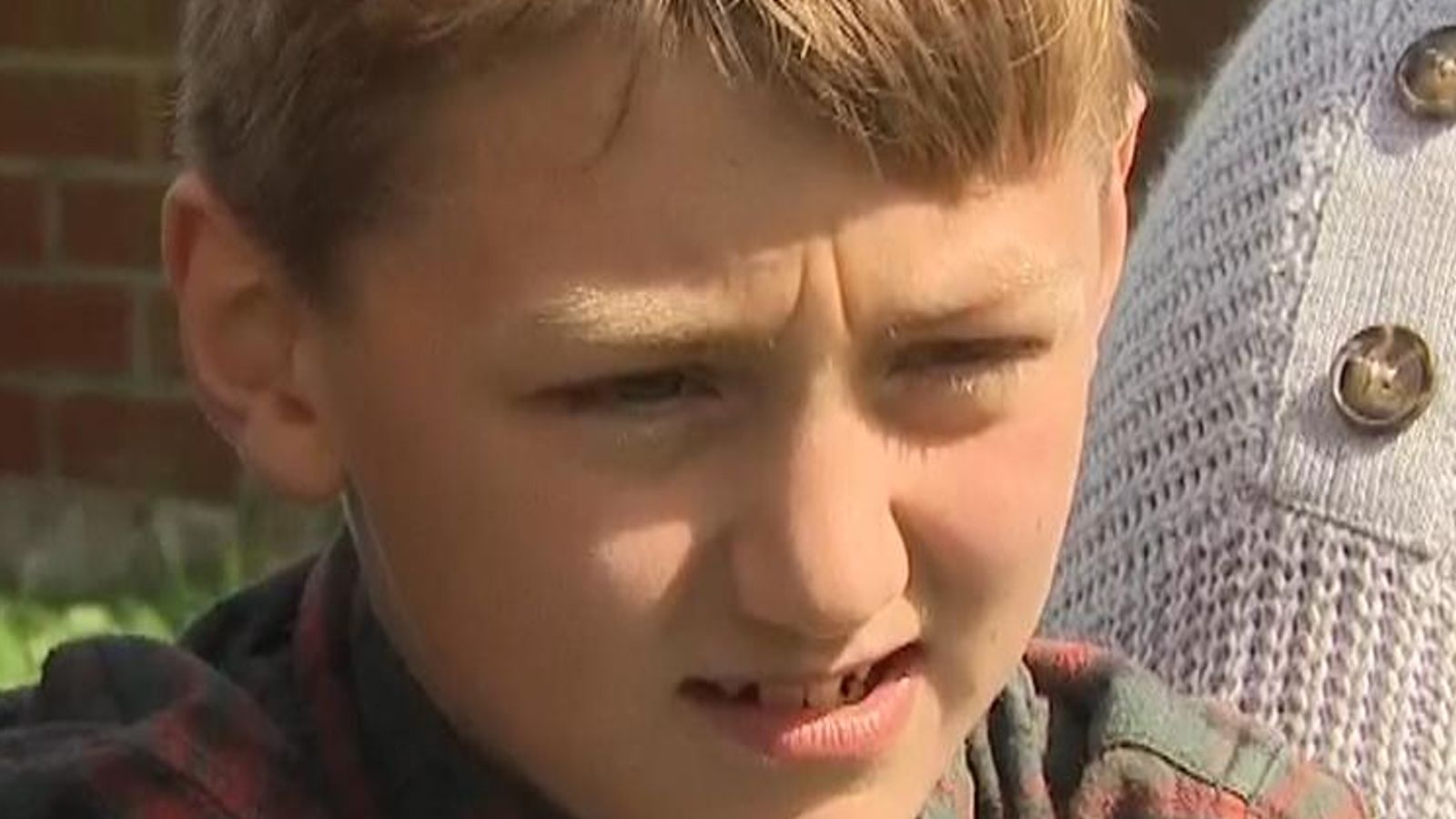 A proud mum has said her “hero” son is “taking it all in his stride” after rescuing a toddler who was struggling in the sea.

Eli Harrison rescued the child in the harbour near his home in the village of Staithes, North Yorkshire.

The 11-year-old told Sky News: “We were at the middle pier and we started walking towards the smaller one because you get cut off by the tide.

“And then when we got on to the little pier – my dad shouted ‘there’s a kid drowning’ so I jumped in and saved him and swam back to the beach.”

Eli added that he wasn’t afraid and jumped in the water as soon as he realised there was a problem.

His mother Kayleigh said Eli still does not think he has done anything special despite everyone saying he is a hero.

She added: “Eli is amazing, we’re really proud of him, we’re so happy that the little boy is okay. It would be nice if we knew who he was, but he must have just been a visitor for the day.

“Eli is taking it all in his stride, he’s just doing what anybody else would have done at the time.”

Mrs Harrison said she had gone down to the beach to watch the tide coming in on Friday 7 August with her husband, Ian, and their three children – Eli, his elder brother Billy and younger sister Gypsie-Rose.

They spotted the small child floating among the boats about 33ft (10m) away.

Mrs Harrison said Eli swam to the shore with the little boy, who was hanging on to a fishing net and had been out of sight of his parents for just a “split second”.

She continued: “(Eli) is a hero… he just says ‘I did what anyone else would have done, Mum’.

“He still thinks that going around saving people is quite normal.”

The family of the rescued child gave Eli £10 and the toddler is understood to have fully recovered.

Eli said he spent the money on sweets.

Healthcare assistant Mrs Harrison said Eli has lived in Staithes all his life and loves everything to do with the sea.

She said: “He just wants people to remember not to take their eyes off their bairns because it all happened so quickly.”

Mrs Harrison said he is an “amazing swimmer” and would like to be a lifeboat volunteer when he is older.

She said his great-grandfather and grandfather were local fishermen and Eli has the sea “in his blood”.

Stowmarket: At least one person injured after ‘explosion’ near train station | UK News