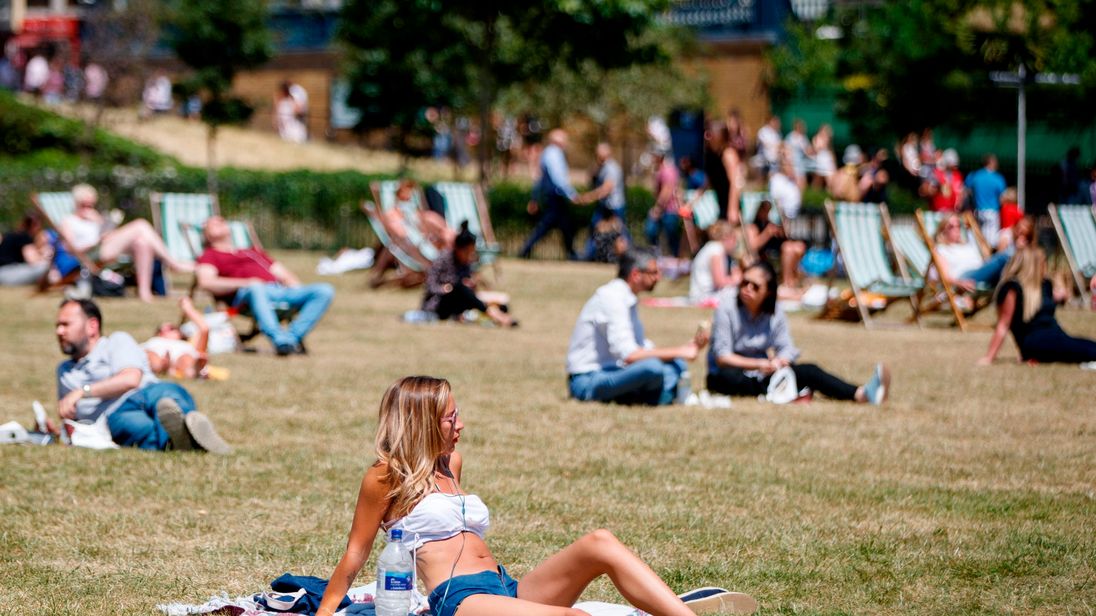 The thundery rain sweeping across the country has been a welcome relief for many – but do not put your sunscreen and shorts away just yet, for another heatwave is on the way.

Forecasters say the UK is facing a North-South split, with temperatures set to hit 30C (86F) across the south of England by Friday.

Northern areas, Scotland and Northern Ireland will see more showery outbreaks amid the sunshine, with temperatures sitting in the mid-20s.

A spokeswoman for the Met Office said: “In terms of the weekend just gone, they were the first two days this month where temperatures haven’t reached 25C (77F), but we have got back to that point today, it hit 25.3C (77.5F) in Cavendish in Suffolk, so it’s already starting to warm up again.

“Over the next few days there will be something of a north and south split – high pressure is already starting to build up in the south, bringing dry, fine weather.

“Across southern England and Wales, the very hot weather will return as we approach the weekend.”

Cooler temperatures, heavy rain and gale-force winds over the weekend provided some respite from the long-running hot spell, breaking a 58-day drought.

Parts of the country saw as much as three inches of rain in what Sky’s weather producer Jo Robinson described as a “blip” in this year’s British summer.

She said: “After a brief interlude of cooler and more unsettled conditions, high pressure is set to build again through early August.

“Temperatures will tend to build day by day.”

But although Britain is set to bake again, she said “it won’t be anything like as hot as the end of last week” when the hottest day of the year so far was recorded, with the temperature reaching 35.3C (95.5F) in the market town of Faversham, Kent.