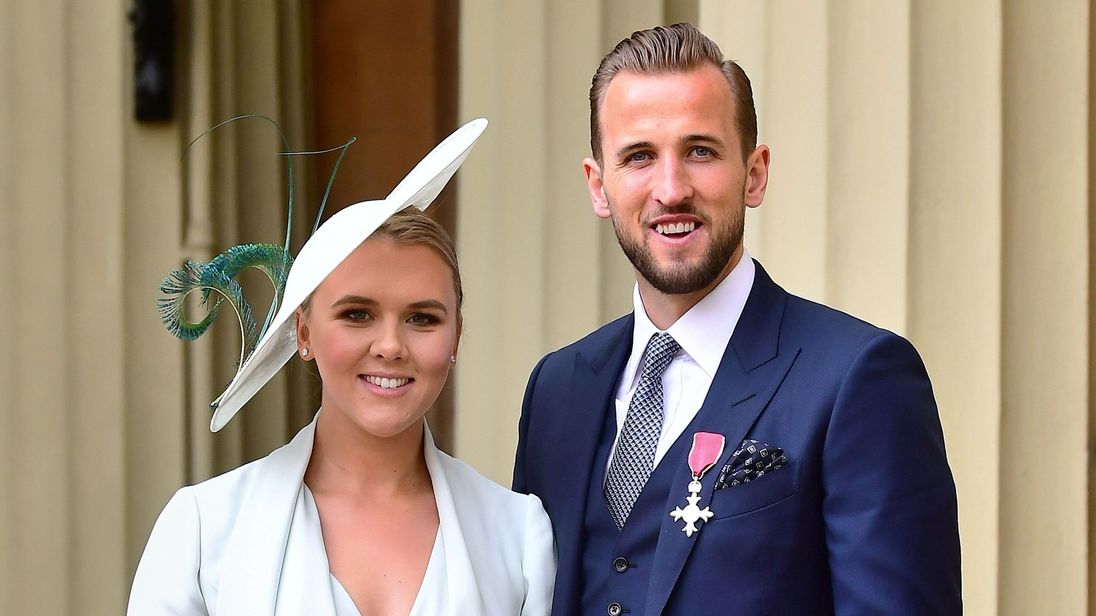 The Tottenham striker posted pictures of the couple on Twitter, saying: “Finally got to marry my best friend! I love you.”

Kane, dressed in a white blazer and bow tie, kisses his wife on the forehead in one picture, while in the other, he holds her with the sea in the background.

Kane proposed during a holiday to the Bahamas in 2017.

The pair, who met at school when they were youngsters, have two children together, girls Ivy and Vivienne.

Manchester City and England star Fabian Delph, in a reply on Instagram, said: “Congrats to you all skip.”