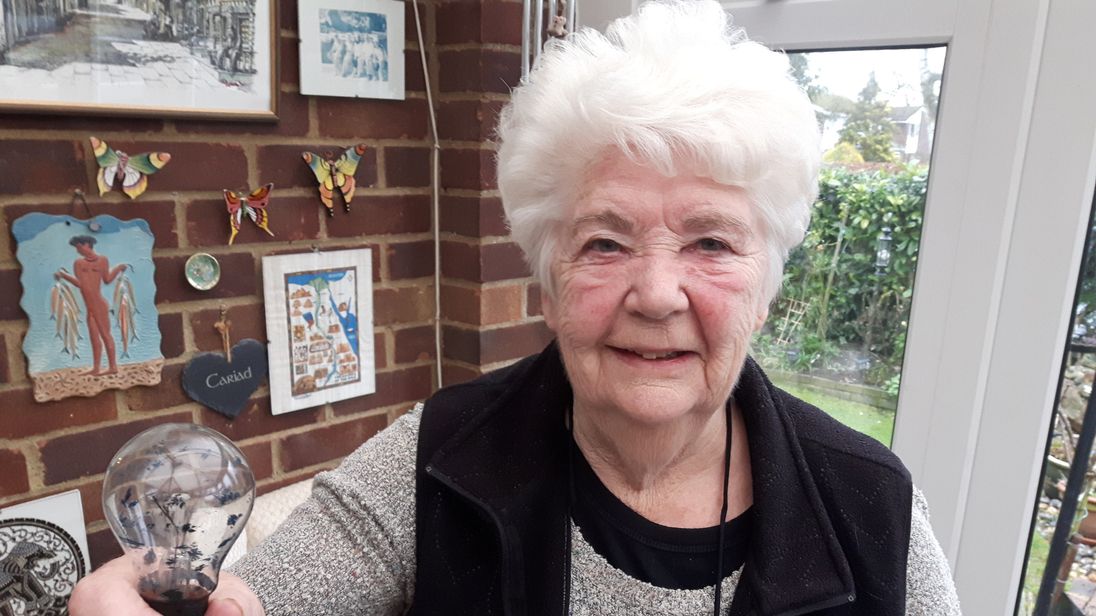 A grandmother has discovered a light bulb bought by her parents from a Woolworths store in 1943 still works more than 75 years later.

Valerie Beaney from Headcorn, Kent, had lasted switched on the 40-watt bulb 10 years ago.

The 78-year-old had wanted to test out the bulb after Woolworths stores began to disappear from the British high street, Kent Online reports.

The retail chain wrote to Ms Beaney at the time to say they were “amazed” the 75-year-old bulb was still in working order.

Ms Beaney’s sister Elaine was born under its light and her dad Jack painted it dark blue to hide it from wardens during a Second World War curfew.

The grandmother said: “In the Second World War we lived in London and there was a curfew on showing lights.

“Dad, in his wisdom, painted the bulb dark blue to alleviate the problem of the warden coming round.

“They got bombed out and moved to Pluckley.

“The bulb is as old as my sister because she was born under the light in the same room.

“When they moved to Pluckley they took the bulb with them and my dad scraped the blue off.”

Ms Beaney is eager to hear from anybody who believes they have an older working lightbulb than her.

She said: “I have often wondered should it go in the Guinness Book of Records.

“It is a strange story really.”

Woolworths was a British retail giant before all its stores were closed between December 2008 and 2009.

Imported bugs are ‘first new garden pest of the year’