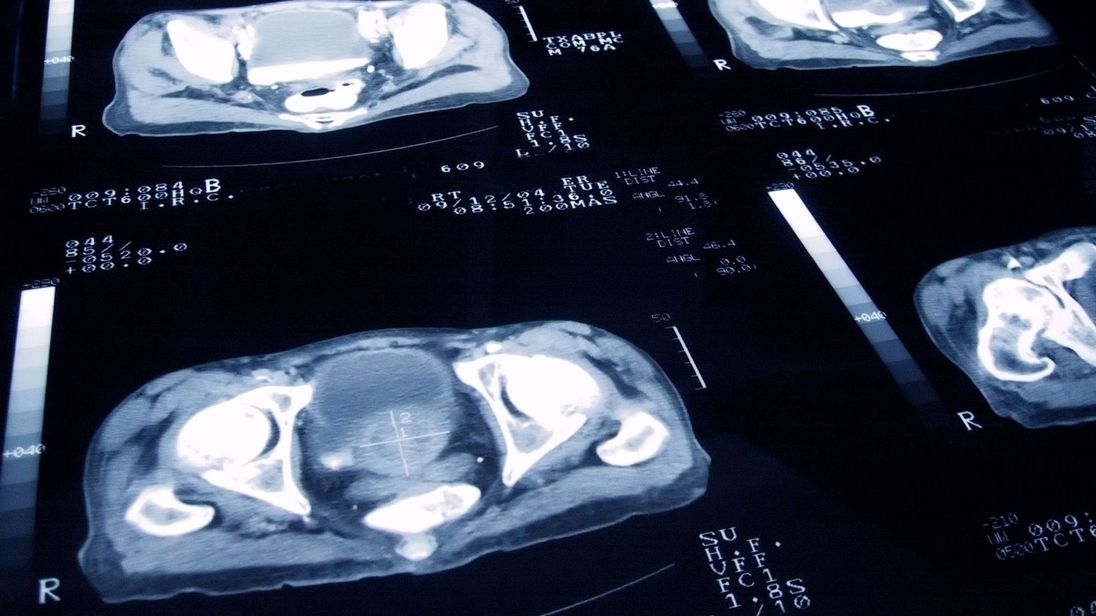 Men carrying a faulty gene are at almost double the risk of prostate cancer, according to new research.

The BRCA2 gene fault is usually associated with breast and ovarian cancer in women.

Those carrying it have a 50% to 85% risk of developing breast cancer by the time they reach 70.

A new study involving a large number of men found those with the faulty gene have a significantly higher risk of prostate cancer.

It also found their tumours tend to be more aggressive than people who do not have the fault.

This group of men should undergo regular screening, researchers say.

Men and women can pass down mutations in the BRCA genes and men may become aware they have a faulty gene if there is a history of breast cancer in the family.

Studies have previously shown that the standard test for prostate cancer (prostate-specific antigen or PSA) would not work for screening for the general population because it is not reliable enough.

However the latest study found PSA tests were more likely to pick out more serious forms of prostate cancer in men who carry the BRCA2 gene fault than in non-carriers which means men with the faulty gene could benefit from regular PSA testing.

The study included data for 902 BRCA2 carriers and 497 BRCA2 non-carriers.

All men were offered an annual PSA test for three years and those with an elevated PSA reading were offered a biopsy to confirm whether they had cancer.

It was found that men carrying the BRCA2 gene fault were almost twice as likely to be diagnosed with prostate cancer as those who were not carrying it.

Those with the BRCA2 gene fault also had more serious tumours with 77% of men having clinically significant disease compared with 40% of non-carriers.

Men who had the fault were also diagnosed at a younger age at an average of 61 compared with 64 among non-carriers.

Scientists say about one in 300 white men could be carrying the genetic fault, but not all of them will develop prostate cancer.

Study leader Rosalind Eeles, professor of oncogenetics at the Institute of Cancer Research, London, said: “For women who undergo genetic testing, options are available to them if they carry a BRCA fault, including preventative surgery and increased screening.

“But there’s no prevention pathway in place if men decide to find out if they’re a carrier, which is why our research is so important.

“Men may get tested for the BRCA fault due to a family history of breast cancer, as they could pass the gene onto their children, which is especially significant if they have daughters.

“Our research offers this group of men more insight into their own health.

“Based on our results, we would recommend offering men who carry a fault in the BRCA2 regular PSA tests, so that they can be diagnosed and treated earlier.”

“Previous studies have shown that PSA is not a suitable test for screening for prostate cancer in the general population.

“But we still need to understand whether PSA testing would reduce deaths from the disease in any high-risk groups before we make any recommendation.

“Men who are worried about their prostate cancer risk or have a family history should discuss it with their doctor.”

About one in eight men in the UK will develop prostate cancer during their lifetime.

Symptoms may not show up as a result of the disease but may lead to urinary problems, such as going to the toilet more frequently.