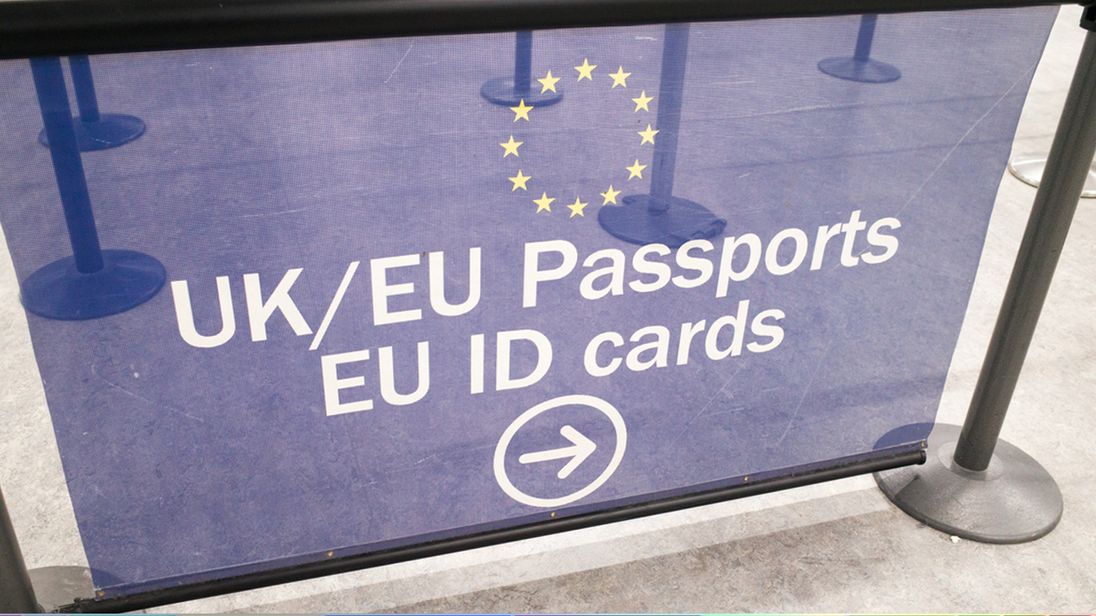 A majority of voters support maintaining freedom of movement after the UK leaves the EU, according to a Sky News poll that is a potential setback for the Tories.

Our poll, conducted by YouGov, suggests 56% of voters would support continuing freedom of movement with the EU after Brexit and only half as many (28%) would oppose it.

But a third of Leave voters (33%) also support it.

The findings emerged as the two main parties clashed on immigration in the election campaign, with the Conservatives claiming immigration would surge if Labour leader Jeremy Corbyn became prime minister.

In our poll, voters were asked: “After Britain leaves the EU, would you support or oppose continuing ‘freedom of movement’ – that is the right of other EU citizens to come and work in the UK in exchange for UK citizens having the right to go and live and work in EU countries?”

Support for freedom of movement was highest among Liberal Democrat voters, with 82% backing free movement, compared with 70% among Labour voters and 41% among Conservatives.

Among Tory voters, 46% said they would oppose continuing freedom of movement, compared with only 16% among Labour voters and 11% among Lib Dems.

Perhaps surprisingly, only slightly more than half of those who voted Leave in the 2016 referendum (53%) said they would oppose continuing freedom of movement with the EU.

But, not surprisingly, freedom of movement was more popular with younger voters, with only 9% of 18-24-year-olds opposing it, compared with 39% of voters aged over 65.

The poll also suggests freedom of movement is more popular in London (66% in favour) and Scotland (67%) and least popular in the north of England, where only 52% backed it.

The Sky News poll was published after the Conservatives promised to cut immigration if they win the general election.

“We will reduce immigration overall while being more open and flexible to the highly skilled people we need, such as scientists and doctors,” she said.

“This can only happen if people vote for a Conservative majority government so we can leave the EU with a deal.”

But the Tories confirmed they have abandoned their long-standing commitment to get net migration down below 100,000 each year, a target set by former prime minister David Cameron and maintained by his successor Theresa May.

“We want to introduce a new points-based system that is fair and equal to the entire world.

“That gives us control and we can then see immigration being reduced.”

The Labour Party is committed to maintaining & extending Freedom of Movement rights. But the Tories will remove those rights from the EU 3 Million. We will maintain them. 1/2

Labour is facing its own clash on immigration policy after Len McCluskey, leader of the giant Unite union and Mr Corbyn’s chief trade union cheerleader, opposed party policy on freedom of movement.

In an interview in The Guardian ahead of Labour’s crucial meeting this weekend to agree its manifesto, Mr McCluskey said it was wrong to have a policy of free movement without stricter labour market regulation.

“But the Tories will remove those rights from the EU 3 Million. We will maintain them.”