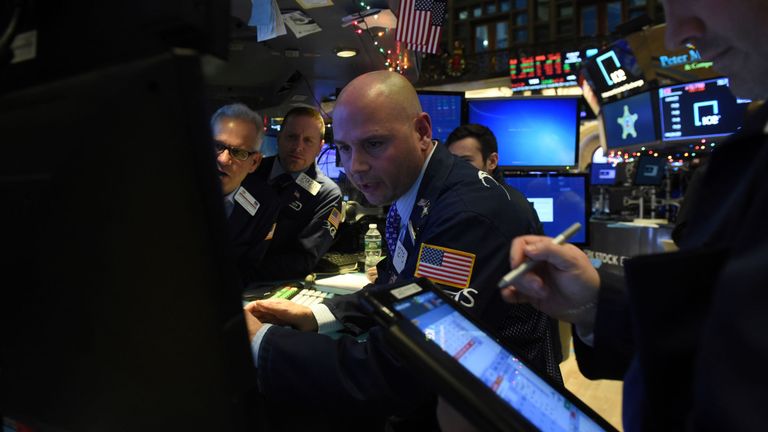 The UK economy grew by 0.2% in February, a performance that was better than expected but still “subdued”.

“Services again drove the economy, with a continued strong performance in IT.

“Manufacturing also continued to recover after weakness at the end of last year, with the often-erratic pharmaceutical industry, chemicals and alcohol performing well in recent months.”

GDP had fallen 0.3% in December and grown 0.5% in January so overall growth for the three months to February was 0.3%.

He added: “The economy is continuing to withstand the uncertainty created by the Brexit process better than business surveys, which collectively have signalled flat-lining GDP, have suggested.

“Admittedly, the 0.6% month-to-month rise in industrial production in February, driven by a 0.9% leap in manufacturing output, was the main source of the upside surprise to the consensus.

“The might be due to a temporary boost to production from pre-Brexit stockpiling, which will unwind in Q2.”

Howard Archer, chief economic adviser at EY ITEM Club said the course of Brexit would be a large influence on the economy’s performance this year.

He added: “If Brexit is delayed for a prolonged period, extended uncertainty could make it a real struggle for the economy to grow by more than 1% this year – especially with the global economy soft.

“Much would depend on how long the delay to the UK’s departure and what final form Brexit took.

“In particular, businesses would likely remain reluctant to commit to costly investment and major new projects.

“Consumers would likely main more resilient than businesses, but they could also become more reluctant to commit to major expenditure as Brexit uncertainties persisted – especially if the economy is clearly struggling.

“If the UK does ultimately manage to leave the EU with a deal during the second quarter, we believe that there are the domestic ingredients for a modest pick-up in growth.”

Nancy Curtin, chief investment officer at Close Brothers Asset Management, said British economic growth was “grinding to a halt” but this was not just a UK phenomenon.

She said: “Global trade has been hit by the ongoing negotiations between China and the US, damaging export figures across the EU, as well as the UK.

“There are reasons for optimism: Better figures from the US, especially in the labour market, suggest fears of a slowdown may be overblown, while China’s manufacturing sector is picking up too.

“Persistent growth from the world’s two largest economies would go some way towards calming investors’ nerves.”