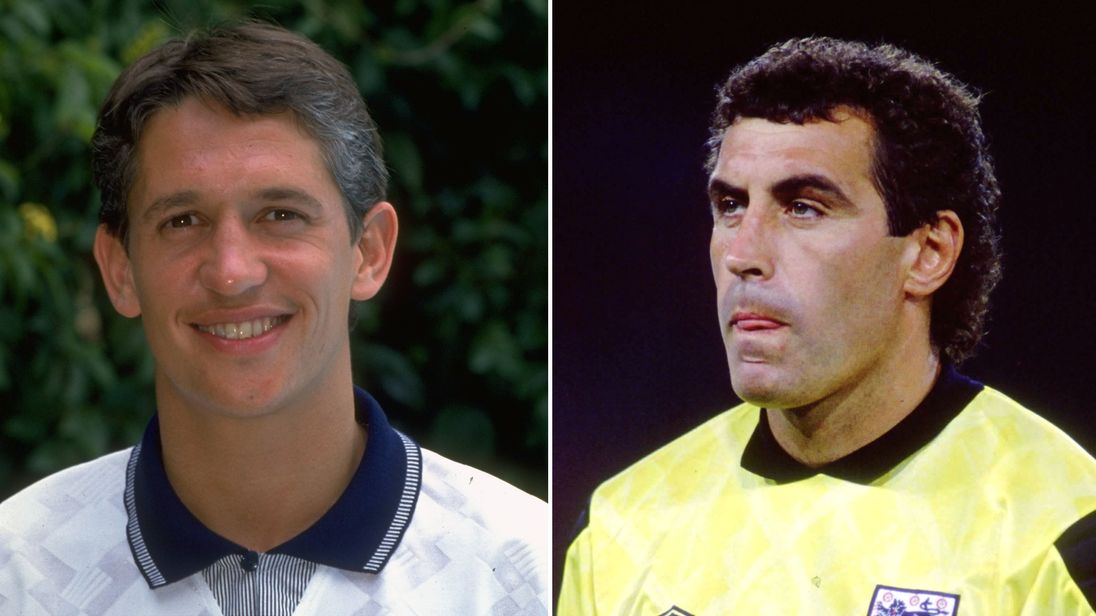 “Have been so impressed with @Jacob_Rees_Mogg @Conservatives @itvnews with interviews in the last few days.
He really knows what he is talking about and puts it across in a calm and calculated manner!” he wrote.

Lineker’s posted a tongue-in-cheek response with a frowning face emoji, saying: “What’s that old saying? You should never see a tweet from your heroes?”

As well as Lineker, he sent the tweet to BBC Question Time and two of the pair’s 1986 World Cup squad teammates, Peter Reid and Chris Waddle.

Reid and Waddle had joined the discussion earlier in the week, with Reid revealing that he is a Remainer and Waddle indicating he is a Brexiteer.

Shilton’s proposal prompted another wry response from Lineker, who is demanding a “People’s Vote” and recently attended a rally in support of a second referendum.

“#bbcextratime For your sake, I hope it doesn’t go to penalties,” the Match Of The Day presenter and former striker said.

The row took another turn later on, as BBC cricket correspondent Jonathan Agnew criticised Lineker for speaking out on politics.

As well as his Brexit opinions, the former footballer bemoaned “the absolute state of our politics” as he said: “Imagine how hopeless you’d have to be to still be behind the Tory party in the polls”.

Imagine how hopeless you’d have to be to still be behind the Tory party in the polls. The absolute state of our politics.

In a fierce response, Agnew tweeted: “Gary. You are the face of BBC Sport. Please observe BBC editorial guidelines and keep your political views, whatever they are and whatever the subject, to yourself. I’d be sacked if I followed your example. Thanks.”

Lineker, who comments on a wide range of subjects on Twitter and has 7.7m followers, made a barbed reply, implying Agnew also supported Brexit.

“Jonathan, I’m the face of my own Twitter account. I’ll continue to tweet what I like and if folk disagree with me then so be it. Thank you so much for your concern, which, I imagine, wouldn’t be a concern at all if you agreed with me,” he wrote.

Agnew had what appears to be the final word, posting a picture of his car with its windscreen covered in bird droppings, with the question: “Has @GaryLineker found my car…” with laughing emojis.

Coronavirus: Boris Johnson urges people not to gather with others indoors as weather worsens | Politics News

Coronavirus: Boris Johnson urges people not to gather with others indoors as weather worsens | Politics News