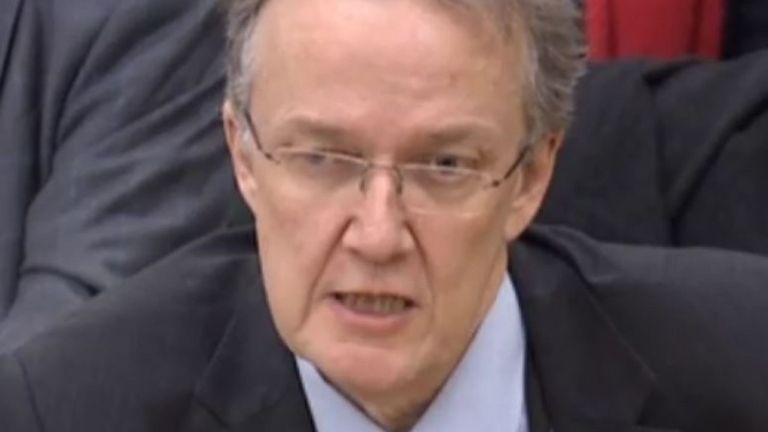 The former head of the Parole Board has called for a change in the law to end the injustice of thousands of prisoners trapped on indeterminate sentences, some for more than decade after they were eligible for release.

Nick Hardwick was forced to resign last year in a row over the proposed release of the most notorious IPP (Imprisonment for Public Protection) prisoner, taxi driver rapist John Worboys.

Worboys has since been assessed as continuing to pose a serious threat to the wider public and will not be released any time soon.

Mr Hardwick said the majority of IPP prisoners are low risk, but are stuck in limbo and without hope, years after the controversial sentences were scrapped by the government.

Introduced in 2003, under the former Labour home secretary David Blunkett, IPP sentences were designed to protect the public from those whose individual offences did not warrant life sentences, but who were still believed to pose a wider threat to the public.

Like a normal prisoner, IPP criminals were given a minimum tariff they should serve. But unlike other sentences, they can be kept in prison indefinitely as long as the Parole Board believes they still pose a threat.

At its height in 2011, more than 6,162 prisoners were serving IPP sentences. But the policy was deemed unjust and scrapped in 2012.

Seven years on, there are still 2,489 IPP prisoners – 90% have served beyond the original minimum sentence tariff recommended by their trial judge.

The former Parole Board chief, now professor of criminal justice at the University of London, said: “Parliament itself has decided they were a mistake and that they were unjust and as a consequence they abolished the sentence, it is no longer used.

“But that change was not applied retrospectively. So people who had already received an IPP sentence, many of them are still stuck in the system.

“Numbers are coming down and I know the parole board is giving this a lot of attention, but the difficulty is that an IPP sentence keeps you in prison because of what you might do, rather than what you have done and to get out you need to prove that you are no longer a risk.

“It’s not the state that has to prove you are dangerous, you have to prove you’re safe and of course, that is an incredibly difficult thing to do if you are in prison.”

Ricky Sayers, from Hertfordshire, was handed an indeterminate sentence in 2006 for his part in a violent assault.

The judge set a minimum term of three years. 13 years later, he is still in prison.

His sister Louise has campaigned relentlessly in recent years to try to secure his release, but said the whole family were losing hope, with no end in sight to Ricky’s incarceration.

“It’s really had a huge effect, it’s put huge pressure on the family,” she said. “It’s absolutely heartbreaking. We are literally living in hell, it’s torture.

“We’re told Ricky will be home after this long, next parole, next parole, it’s been coming up for 13 years, it’s a struggle and it hurts.

“It’s a fear that we might not see him have freedom ever again. That’s my biggest fear and I know that’s his biggest fear.”

Ricky Sayers sent Sky News a letter, through his sister, setting out his sense of desperation.

It reads: “I’m effected every single day. I’m living hell every minute of every day, it’s mental torture not knowing when I will be free after 13 years.

“My mind hurts and is continuously running, it never stops, the pain in my heart hurts and I need my family.”

Mr Hardwick and prison reformers have called for a change in legislation to help bring about an end to the ordeal being faced by the majority of IPP prisoners, who pose little risk to the wider public.

Peter Newman, from the Prison Reform Trust, said: “We’re immensely concerned, because this is not a problem that is going away.

“This was a very curious sentence. Parliament made a very drastic error back in 2003 when it made this sentence, because it was passed on the basis of what somebody might do rather than what they have done, so there is no date that people can look forward to and say I have served my punishment and I will get a second chance, so of course there is a feeling of hopelessness.

“Parliament needs to step in and finish the job it started to do in 2012 when it abolished the sentence. So that everybody still on this sentence needs a fixed date of when they will be released from prison.”

A Ministry of Justice spokesman said: “Prisoners serving public protection sentences committed serious sexual or violent offences and were deemed by a judge to pose a high risk of harm to the public.

“All such prisoners who have served their tariff can apply to the independent Parole Board and demonstrate they are no longer a threat to society.”

However, the Prison Reform Trust said that even when an IPP prisoner is released, they remain on a life licence and many, committing only minor of infractions, are being locked back up again.