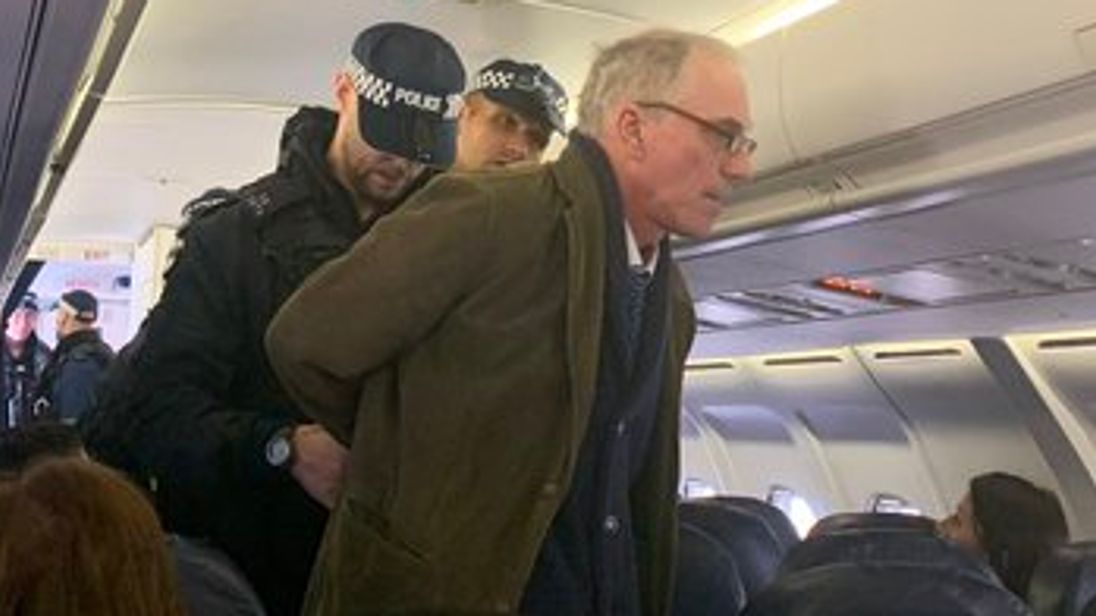 A plane has returned to the terminal of London City Airport after a climate change protester disrupted the flight, according to Sky sources.

Pictures show the protester being arrested by police and led off the plane.

The arrest comes as hundreds of demonstrators are attempting to shut down the airport in protest against the climate impact of flying.

Extinction Rebellion activists are beginning what they call a three-day “Hong Kong-style occupation of the terminal building”.

Several other arrests have been made at the airport where protesters have glued themselves to the floor.