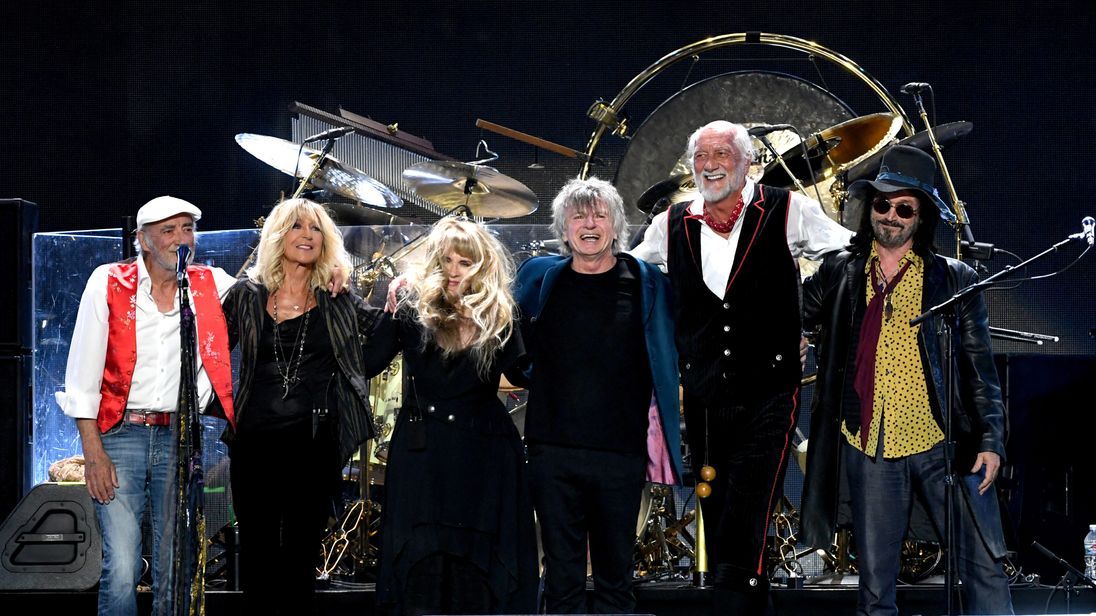 Fleetwood Mac have announced they will perform at Wembley Stadium next summer as part of a European tour.

The veteran rock band, who are currently touring the US, will play Wembley on 16 June after gigs in Berlin and Dublin.

Fleetwood Mac have a new line-up after guitarist Lindsey Buckingham was fired back in April due to “scheduling conflicts”.

The group have said they are “thrilled” to welcome the new two musicians, adding: “With Mike and Neil, we’ll be performing all the hits that the fans love, plus we’ll be surprising our audiences with some tracks from our historic catalogue of songs.

“Fleetwood Mac has always been a creative evolution. We look forward to honouring that spirit on this upcoming tour.”

Tickets for the UK and Europe dates are on sale from 9am on Friday.

The news comes a week after Lindsey Buckingham confirmed that he had started legal proceedings against the band following his firing, claiming the loss of at least $12m (£9.25m) in earnings from the tour proceeds.

He claims he was told five days after the group appeared at Radio City Music Hall in January that the band would tour without him.

Fleetwood Mac were among the acts rumoured to be headlining Glastonbury 2019 – however organiser Emily Eavis has since insisted that they have not been booked.

The Grammy award-winning band celebrated 50 years together in 2017 and have sold more than 100 million albums worldwide.

They were inducted into the Rock and Roll Hall of Fame in 1998.

Who is David Pecker? The AMI publisher who exposed Jeff Bezos’ affair

US sanctions Venezuelan aircraft it says involved in unsafe encounters

Who is David Pecker? The AMI publisher who exposed Jeff Bezos’ affair

US sanctions Venezuelan aircraft it says involved in unsafe encounters