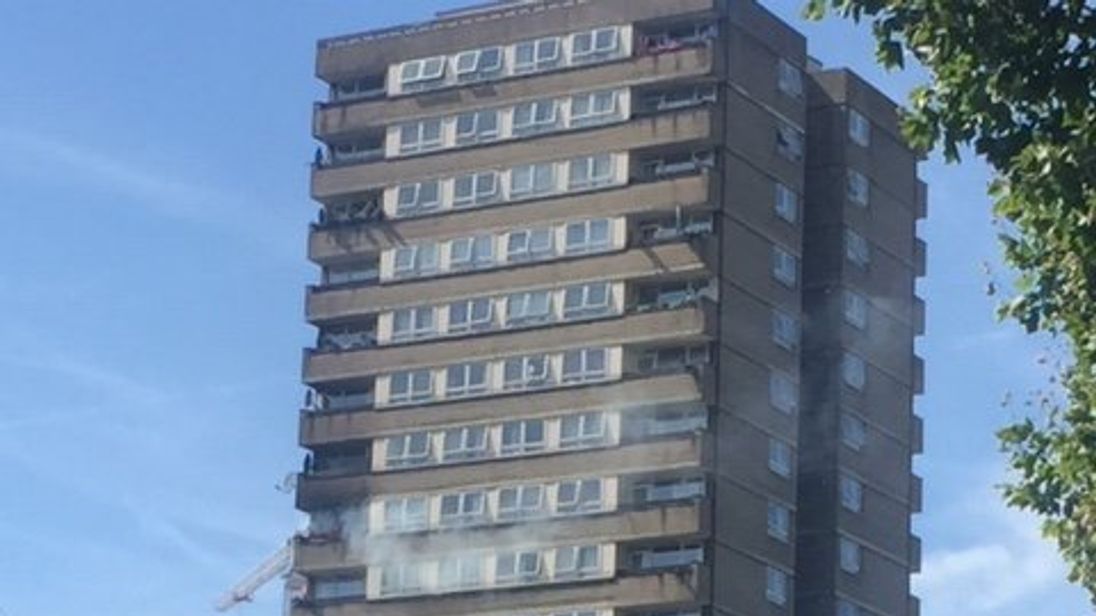 A fire has broken out at a block of flats in west London.

Ten fire engines and around 70 firefighters have been sent to the scene following calls to a fire at the flats in Darfield Way, Notting Hill, a short distance away from Grenfell Tower.

A balcony on the 12th floor of the building was alight, firefighters said, although the fire now appears to be extinguished.

London Fire Brigade said it had taken 27 calls about the fire, the cause of which is not yet known.

The Met Police has said officers are assisting at the scene. There are no reports of any injuries.