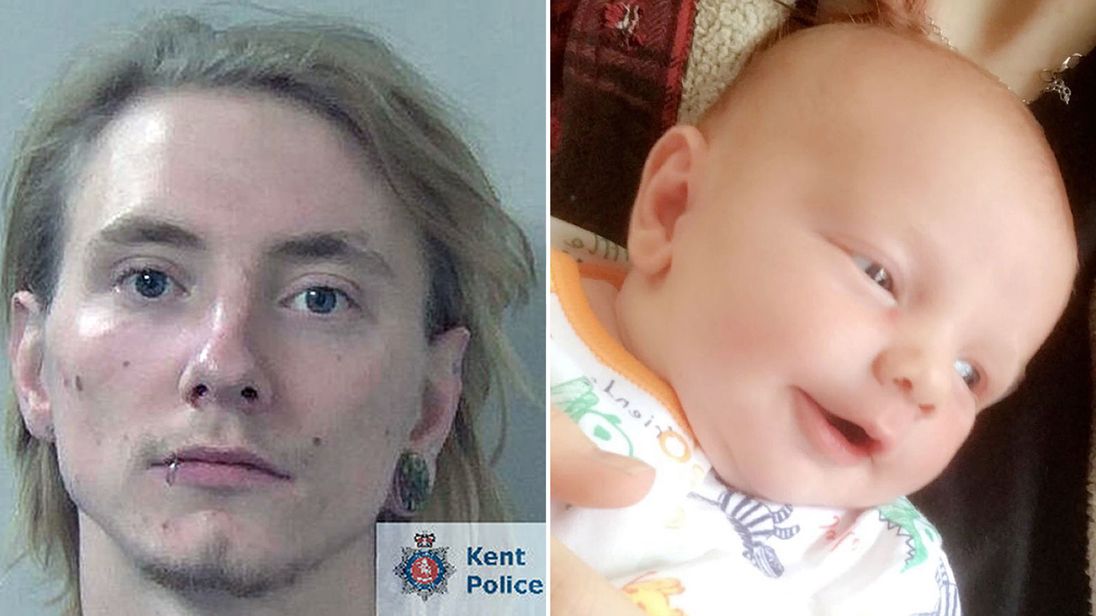 A man who murdered his six-week-old son will spend at least 16 years behind bars after being jailed for life.

Vernon, 21, was found guilty of murder and two counts of grievous bodily harm following a trial at Maidstone Crown Court in October.

He said his son was unconscious and he did not know why after calling the emergency services on 23 July 2018.

When asked whether McKenzie had hurt himself in any way, Vernon replied: “No, not really.”

Later, in a police interview, Vernon told officers his son had accidentally fallen from his grip, causing the child to hit himself on the arm of a sofa before falling to the floor.

However, medical experts found McKenzie had suffered multiple injuries, some of which were caused on at least two previous occasions.

“It is impossible to comprehend the unnecessary suffering McKenzie endured during his short life,” said Detective Chief Inspector Richard Vickery.

“I am pleased Vernon has received a substantial sentence that means he is not able to harm another child.”

Gary Rhodes: ‘He could be stubborn… the mark of a great craftsman’ | Ents & Arts News