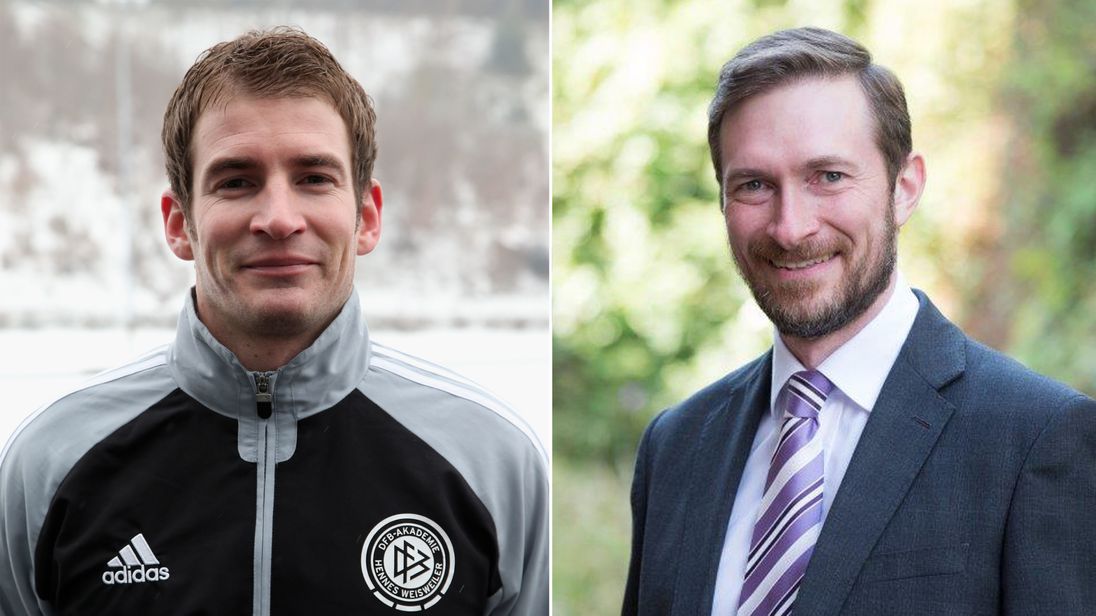 He was a Manchester City fan, minding his own business and watching his team play Huddersfield.

Then, he was thrust into the limelight after a Sky Sports reporter mistakenly touted him on live TV as Hudderfield’s next manager.

Now, Martin Warhurst from Wakefield has appeared in a light-hearted video to unveil the little-known German who is actually the struggling team’s new head coach – Jan Siewert.

Huddersfield’s video opens with Martin, dressed in a club tracksuit, looking at a framed picture of the moment he was unearthed as a lookalike.

He takes a phone call, declaring himself to be the new coach, when Siewert arrives.

Siewert, who was previously in charge of Borussia Dortmund’s second team, has signed a two-and-a-half-year contract until 2021, succeeding fellow German David Wagner, who departed the Terriers last week.

Huddersfield chairman Dean Hoyle said he had identified Siewert more than two years ago while working with German side Bochum, and that Huddersfield have kept in touch with him ever since.

Hoyle explained: “When David let us know he intended to step aside at the end of the season, we quickly moved to meet Jan; his name was still at the top of our list of possible successors.

“In the short term, we will continue to fight as hard as possible against relegation from the Premier League. We’re not giving up on that.”

Huddersfield are currently bottom of the Premier League, and lie 10 points from safety after winning just two of their 23 matches this season.

Mr Warhurst was approached by Sky Sports reporter Patrick Davison if he was Siewert during Sunday’s home defeat to Manchester City.

He laughed and replied: “No, no, that’s not me. I’m Martin from Wakefield.”