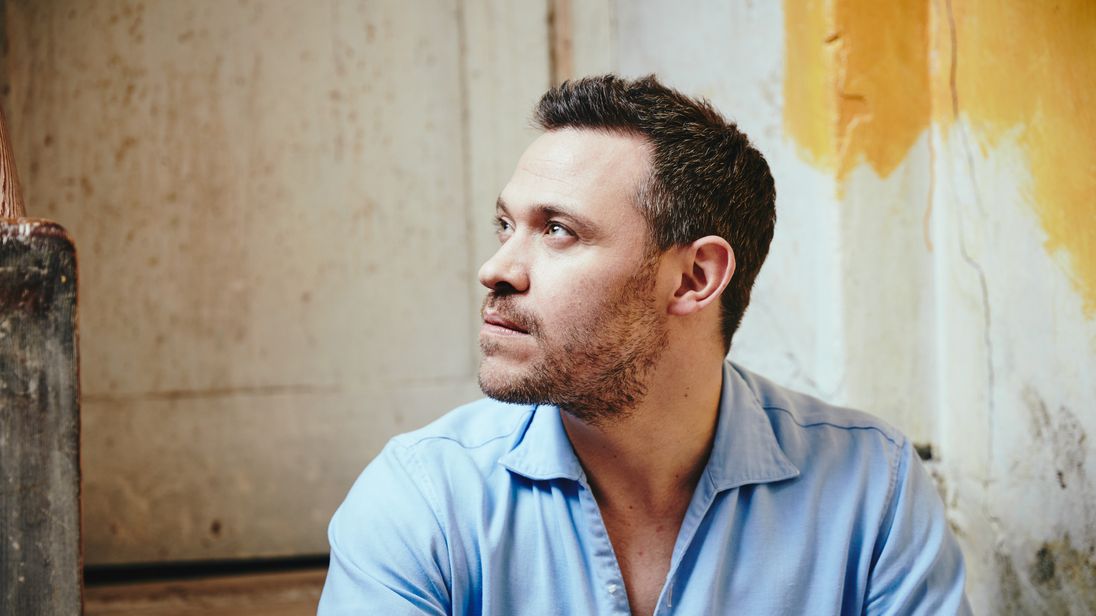 This week is National Inclusion Week – an annual opportunity to raise awareness of inclusion in the workplace.

Here, singer Will Young writes for Sky News about what advice he would give to employers seeking to make their workplaces a better place to be.

My mental health and work has been a relationship often made up of conflict, but it has also been one of satisfaction, peace, strength and joy.

For me, work has been a place I can truly be. I often say things in the workplace with such strength and authority, but when I work for others I shrink and become riddled with self-doubt.

In the past five years, the issue of health in the workplace has become far more open and salient, but it hasn’t always been like that.

For a long time, emotional vulnerability has been seen as a weakness – an inability to do your job to the highest degree.

If an employee shows vulnerability then not only will they be invalidated, they will be looked down upon and ultimately their livelihood will be on the line.

This has been exacerbated by gender stereotyping.

If a man shows emotional vulnerability, he is seen as less strong, more feminine and weak in his ability to perform.

And if a woman shows emotional vulnerability, she is seen as typical, hysterical and unreliable.

I hid my problems for years – I would say from myself as much as from others.

To admit to myself that I was unhappy or anxious sometimes was a difficult step to make because I didn’t know where to go from there.

To open up to other people was impossible, or at least it seemed that way.

No one opened up in our twenties. We just all got on with it or only opened up when we were drunk and then it was all forgotten the next day. No one I knew ever shared their true emotional states

The workplace is not seen as an environment for any feelings. We turn up, do the job, earn the money and go home – simple as that.

Ultimately, it’s not someone else’s problem if people can’t hold their s*** together.

Thankfully, these barriers are beginning to be broken down. Employers and employees can no longer shrug off the mental health of others.

Slowly, people are starting to open up – and that allows others to open up, too.

We are all human and we all have emotions – and they do not stop at happy, so let’s not pretend that they do.

But it is not enough for companies just to notice mental health issues and react. They need to restructure, so that mental health is nurtured and we never get to the point where we are in crisis management.

I would be happy to lay my reputation on the line and say that within six months, I could help a business reach a place where work is a pleasant, effective and efficient environment.

It would be a place within which to thrive, where goals are reached, higher profits attained, and people feel more unified and together.

The first step in getting there is to listen.

Listen to what employers want, what employees want – go back to the very DNA of a business and look at the core values and messages promoted.

It does not have to be a climate of “every man or woman for themselves”.

Look at one of the most successful armies of all-time: the Spartans. They would comb each other’s hair the night before battle!

Now we aren’t at that place yet, but – braiding aside – I believe an inclusive, healthy, supportive and unified workplace leads to a better business yielding better results.

New research commissioned by Sky reveals that 25% of British workers have experienced discrimination in the workplace, with one in three under-25s believing a “glass ceiling” still exists preventing them from progressing.

Sky has partnered with Inclusive Employers to highlight the everyday practical ways an inclusive environment can be created in your workplace – and Sky News has asked writers from a diverse background to explain why the issue of inclusivity is important.