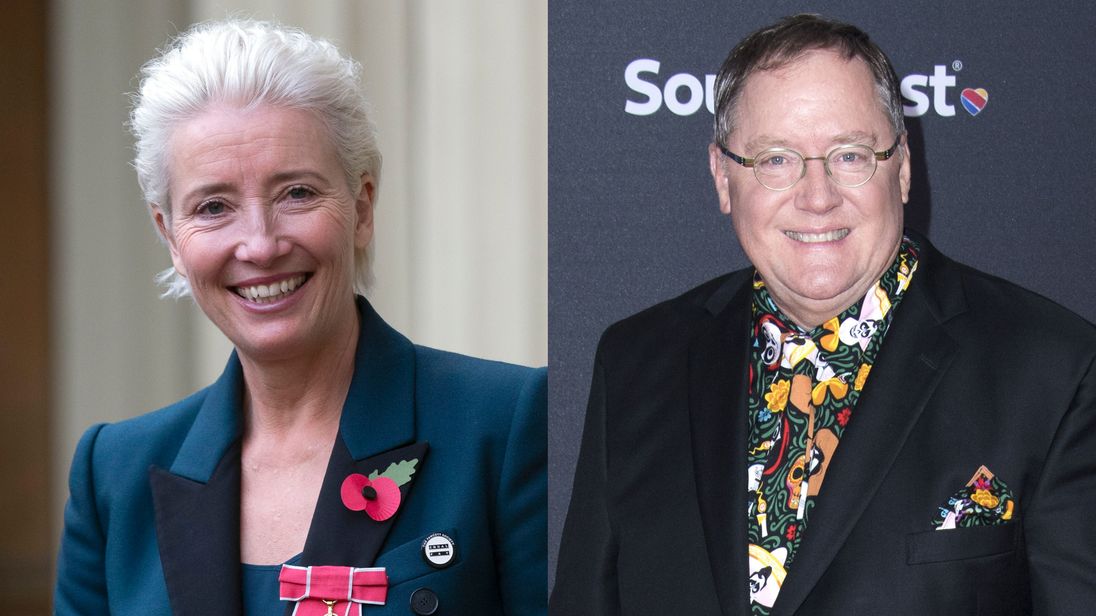 Emma Thompson has revealed she withdrew from an animated project with filmmaker John Lasseter due to his past allegations of sexual misconduct.

The 59-year-old British actress attacked the “centuries of entitlement” over women’s bodies by men in power, and said she can only do what “feels right”.

American animator Lasseter was hired to head Skydance Animation after his association with Pixar came to an end following allegations of his “missteps” in behaviour towards staff.

Dame Emma had been due to voice a character in the production company’s upcoming film Luck, but withdrew after learning Lasseter had been recruited.

The Oscar-winning actress wrote a forceful letter to Skydance which has now been made public by the Los Angeles Times.

She said she had to take direct action, writing in the letter: “I am well aware that centuries of entitlement to women’s bodies whether they like it or not is not going to change overnight. Or in a year.”

I don’t think I am overstating this, but this letter from Emma Thompson on her departure from Luck is one the most significant moments in this movement. pic.twitter.com/RXkr7FXOkL

She said it felt “odd” that the company would consider hiring someone with Lasseter’s “pattern of misconduct given the present climate in which people with the kind of power that you have can reasonably be expected to step up to the plate.”

Dame Emma then asked several questions, including how the company’s current staff expected to give Lasseter a second chance.

She added: “Much has been said about giving John Lasseter a ‘second chance’. But he is presumably being paid millions of dollars to receive that second chance.”

Melissa Silverstein, founder of Women and Hollywood which campaigns for gender equality and inclusion, described Dame Emma’s decision to quit Luck as “one of the most significant moments in the [#MeToo] movement”.

The organisers of the Time’s Up movement have also supported her stance and publicly thanked her on Twitter.

Skydance’s chief executive David Ellison sent an internal memo to staff about Lasseter’s hiring in early January stating they had not “entered into this decision lightly”.

However, after conducting an independent investigation into the accusations, he was “confident” that Lasseter’s mistakes had been recognised.

Towards the end of the letter, Dame Emma said she regretted pulling out of the film because it’s director, Alessandro Carloni, was “incredibly creative”.

“I can only do what feels right during these difficult times of transition and collective consciousness-raising,” she said.

Lasseter, 62, was given six-month leave of absence from Pixar in 2017 following his acknowledgement of allegations about his behaviour.

Man in his 20s stabbed to death in Ilford, east London | UK News

Deepcut inquest: Father of private found dead was warned by soldiers ‘it could be one of us next’ | UK News