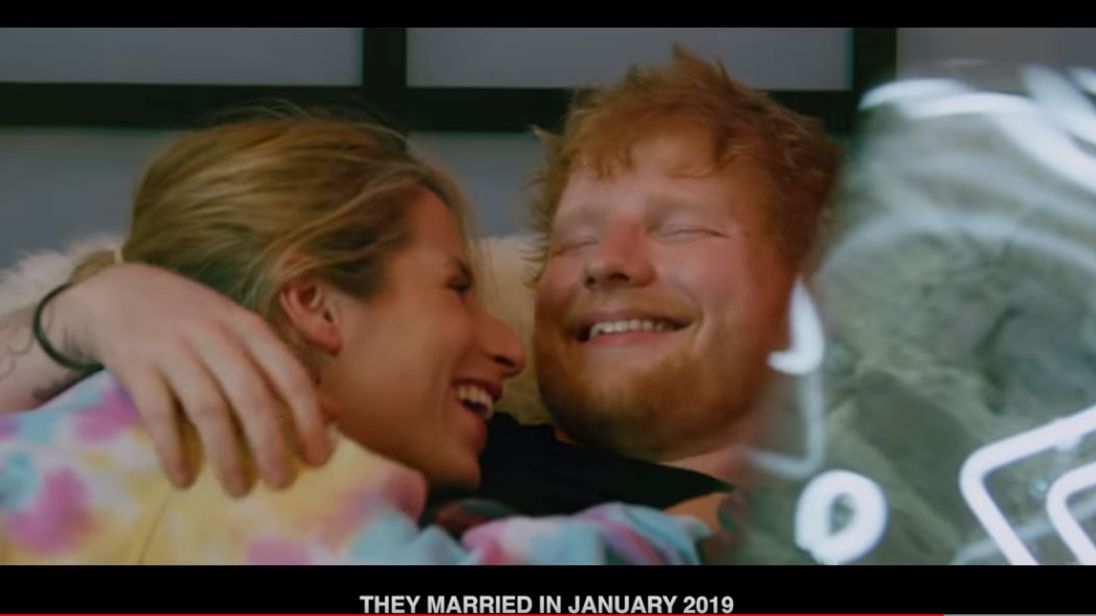 Ed Sheeran has released a new music video which shows him showering his wife, Cherry Seaborn, with kisses and appears to confirm their wedding date.

His latest video Put It All On Me, featuring singer Ella Mai, tells the different love stories of couples from all over the world.

In a rare public display of their personal relationship, Ed and Cherry are seen together in a kitchen, dancing, laughing and sharing a kiss.

As they joke around, words describing their romance run along the screen.

“Back in high school, Ed & Cherry were crushing hard,” the message says.

“They made out at the castle on the hill.

“A few years ago they reconnected, there were fireworks.

Sheeran has usually remained private about his relationship with Cherry, a childhood friend who he attended school with in Suffolk.

In January 2018 he announced they were engaged, writing on Instagram: “Got myself a fiancée just before new year. We are very happy and in love, and our cats are chuffed as well x.”

In July this year he confirmed they had become husband and wife, but did not share further details.

Average house prices in major UK cities have gone up by £90,000 over the last decade | Business News