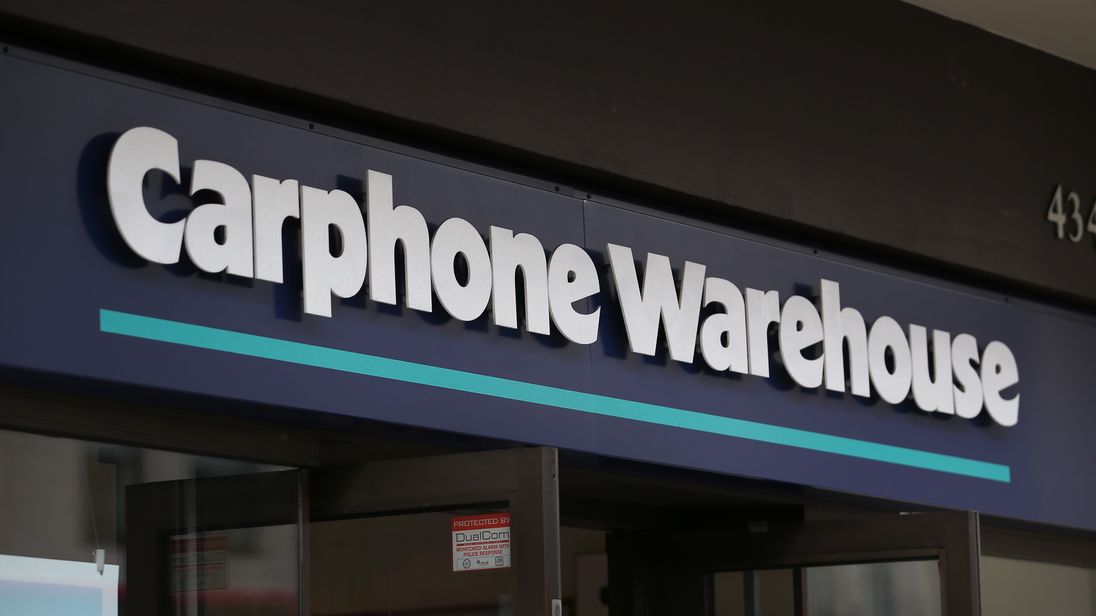 Dixons Carphone has apologised to all of its customers after revealing that a 2017 data breach affected personal data held in an additional 8.8 million customer records.

The admission early on Tuesday is the second revelation related to the data breach in six weeks and the third since 2015.

The company says it was alerted to the breach by investigators on Monday evening.

Sky News reported in June that the company said it believed there had been other recently discovered attempts since last year to compromise 5.9 million cards in one of its processing systems for Currys PC World and Dixons Travel stores.

The 8.8 million customer personal records the company flagged up on Tuesday, relating to dates of birth, addresses and phone numbers, take the total number of personal records affected to 10 million.

After acknowledging that customer data had been compromised a second time since last year, Dixons Carphone chief executive Alex Baldock said the company had been working “around the clock” to put it right.

He said: “That’s included closing off the unauthorised access, adding new security measures and launching an immediate investigation, which has allowed us to build a fuller understanding of the incident that we’re updating on today.”

He added: “Again, we’re disappointed in having fallen short here, and very sorry for any distress we’ve caused our customers. I want to assure them that we remain fully committed to making their personal data safe with us.”

The company said that while there was evidence that some of the compromised data may have left its systems, the records “do not contain payment card or bank account details and there is no evidence that any fraud has resulted”.

It added that it would be advising customers on protective steps to minimise the risk of fraud, as a precaution, even though it has taken action to close off fraudulent access and had no evidence that it was still occurring.

“We are continuing to keep the relevant authorities updated,” the company said.

Dixons Carphone shares, which were trading down 12% on the year to date, fell a further 1% in early trading.

Coronavirus: Face coverings to be mandatory on public transport in England from 15 June | Politics News

Coronavirus: Face coverings to be mandatory on public transport in England from 15 June | Politics News