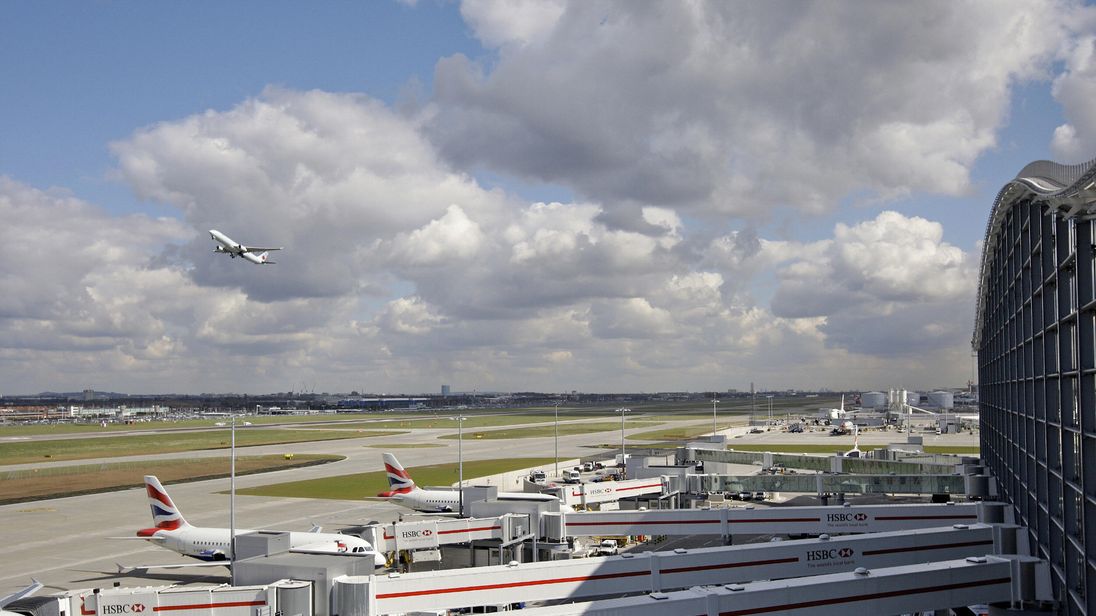 A group called Heathrow Pause says the action is meant to ground flights and put pressure on the government to take tougher steps to reduce carbon emissions.

It says it is trying to highlight what they say is the incompatibility of Heathrow Airport’s expansion with the government’s commitment to reduce greenhouse gas emissions to net zero by 2050.

The group says it plans to fly small drones in the restricted 5km zone surrounding Heathrow starting on 13 September, in a move that’s likely to ground hundreds of flights.

It is a criminal offence to endanger the safety of an aircraft in flight, according to the UK Military Aviation Authority.

But Heathrow Pause says they will follow strict safety measures and protocols to ensure no one is harmed.

It claims lightweight drones will be flown at nighttime (starting at 3am) at no higher than head height – something the group says is not in breach of the current rules and poses no risk to the aircraft.

The group also promised the drones will not cross into any flight paths and a one-hour advance notice will be given to airport authorities before each drone takes off.

“Drones will fly at regular intervals throughout the day,” Heathrow Pause said in an online statement.

“Continual drone flights during the day will ensure that, to comply with Heathrow’s own rules, no aircraft flights take place.”

“I’m so scared for the future, for myself and my children.” James Brown on @LBC this morning explaining why he is prepared to go to jail to sound the alarm that the climate and ecological catastrophe is happening now and that we need social and economic transformation.

The group says that in the case of a “genuine emergency” all drone use will stop immediately.

it also alleges that participants flying drones know that they risk arrest and imprisonment.

“It is a citizen’s right and duty to bypass a law if not doing so will result in greater harm to life and property,” the group said.

In June climate activists with the Extinction Rebellion group called off a plan to use drones over Heathrow and force the closure of the airport.

Heathrow is the seventh busiest airport in the world, handling over 80m passengers last year.

A spokesperson for the airport told Sky News that while they agree with the need to act on climate change, committing criminal offences and disrupting passengers is counterproductive.

“Flying of any form of drone near Heathrow is illegal and any persons found doing so will be subject to the full force of the law,” they said in a statement.

“We are working closely with the Met Police and will use our own drone detection capability to mitigate the operational impact of any illegal use of drones near the airport.”

The Metropolitan Police told Sky News they were aware of the group’s plans.

“Any drone flown into the path of an aircraft has the potential to cause great harm and endanger those on board,” a spokesperson for Met Police said in a statement.

“Anyone caught illegally using a drone within the proximity of an airport can expect to be dealt with in line with the law.”

Met Police have not clarified if they plan to intervene or attempt to stop the action, only saying that they won’t be making any further comment on this matter at present time.

Heathrow Pause says its members will meet with police and airport authorities to discuss their plans on Friday.

The group says it ultimately wants the UK government to comply with the Parliament’s declaration of climate emergency and communicate the urgency for new policies to halt and even reverse climate change.